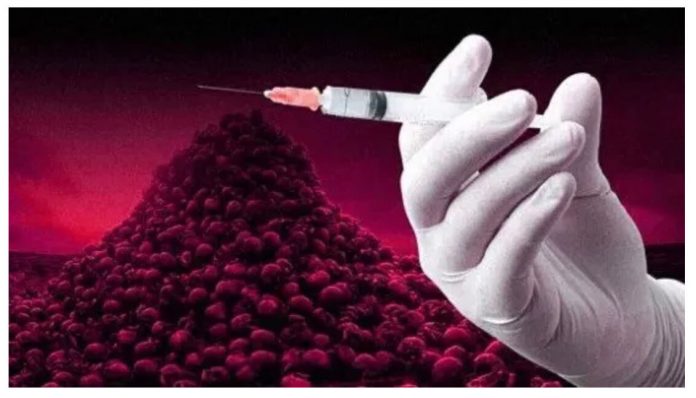 Those who have been injected for the Wuhan coronavirus (Covid-19) are greater than six times more likely to die from a circulating “variant” like “Delta” than are unvaccinated people who just say no to strange experimental drugs from Tony Fauci and the government.

New data published by Public Health England on Friday found that compared to non-jabbed people, those who took the poison for the Chinese Virus are far more likely to suffer an excruciating death upon exposure to one of the many Wuhan Flu variants that the media says are spreading.

As it turns out, experimental gene therapy chemicals make the human immune system more prone to sudden death upon exposure to Chinese Germs than if that immune system was simply left alone to do its job naturally without pharmaceutical interventions.

Entitled, “SARS-CoV-2 variants of concern and variants under investigation in England, Technical briefing 16,” a paper covering the data shows that Chinese Virus variants are pretty much a non-issue to begin with, as the vast majority of people who encounter them never even know it. The minute few who do end up dying with a variant more than likely already had the shot, research shows.

The even more minute few who did not get the shot and still end up dying after testing “positive” more than likely had a weakened immune system or some other health problem such as heart disease or obesity.

Public Health England even admits that the risk of dying with a Chinese Virus variant is exceptionally low, especially if a person has NOT received the jab.

Those who do take the jab are much more likely to suffer and die, it turns out, which apparently comes with the territory when trying to stay “safe.”

Even so, the fake news media is ratcheting up the propaganda about the spread of variants, calling it the fifth or sixth or whatever “wave” we are on now, all the while urging the public to get injected as many times as necessary to “flatten the curve.”

Despite the fact that the injections are now known to be spreading the variants, the lying news media is hoping that most people have very short-term memories and will forget the truth out of fear that they might once again test positive for the Wuhan Flu.

In addition to higher death rates, vaccinated people who test positive for a variant are more likely than the unvaccinated to require hospitalization for their Chinese cold.

All of this is only verifying what Massachusetts Institute of Technology (MIT) research Stephanie Seneff warned about antibody-dependent enhancement, or ADE, which is basically vaccine-induced immune damage that makes a person more prone to getting sick.

“It is conceivable to me that the laser-beam specificity of the induced antibodies is offset by a general weakening of innate immunity,” Seneff says. “I also suspect that massive vaccination campaigns may accelerate the rate at which the vaccine-resistant mutant strains become dominant among all the SARS-Co-V2 [coronavirus] strains.”