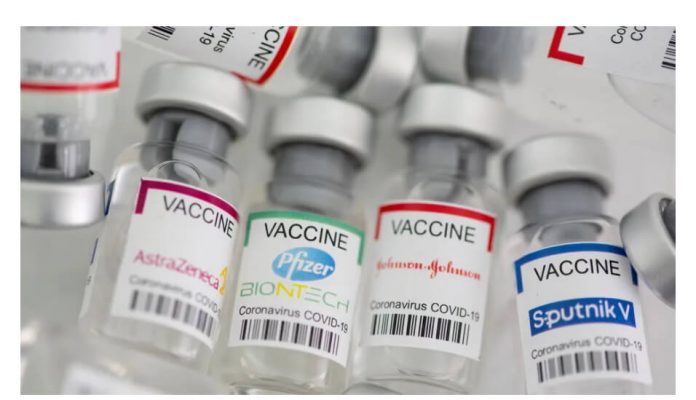 Taiwan halts Biontech Covid vaccines after European countries pause Moderna, Johnson & Johnson and Astra Zeneca. Governments are being extremely naïve to think a normally years-long process could be winged in a matter of weeks.

Over 95 percent effective and safe, so insisted vaccine manufacturers, government agencies and mainstream media. Everyone should get out and take the jabs so life could get back to normal.

Those who expressed doubts and warnings were immediately branded crackpots and banned by social media.

Pfizer CEO Albert Bourla even said that people who spread disinformation about (against) coronavirus vaccines were “criminals.”

But while the US and much of the media continue to pretend that the vaccines are safe, more and more countries across Europe are advising or even banning the use of certain types for certain age groups due to “cardiovascular side effects”, which have been occurring at an unusual frequency.

Already last April there were concerns over safety as Denmark halted the use of the AstraZeneca vaccine after a number of recipients had developed “a rare” but serious blood-clotting disorder. The authorities opted to use Pfizer and Moderna instead, deeming them safe.

But then by early October, Denmark also decided that Moderna was also no longer safe enough for use and, along with Sweden, paused its use for all young adults and children after studies uncovered cardiovascular side effects, as reported by Reuters.

Finland then followed and paused the use of the Moderna for younger males, again because of cardiovascular issues, foremost myocarditis. Even though it was clear the cardiovascular side effects were occurring in many countries, the media and authorities still continued to call them “rare”.

Iceland also followed, as well as France. Though officials still call the side effects rare, they are obviously frequent enough to prompt their stoppage.

In early October, Germany’s Standing Committee on Vaccination (STIKO) deemed the protection offered by the Johnson & Johnson shot to be “insufficient” and that anyone vaccinated with Johnson & Johnson “should receive a supplementary vaccination with an mRNA vaccine in the future”, The STIKO recommended boosters from the Moderna or Biontech vaccine.

Suddenly those vaccinated with J&J were no longer deemed fully vaccinated.

As of today, also Moderna is no longer considered an adequate vaccine in Germany. The STIKO again has revised its recommendation: now advising “people under 30 years of age should only be vaccinated with ‘Comirnaty’ from Biontech (Pfizer) and no longer with ‘Spikevax’ from Moderna,” reports the Berliner Morgenpost. 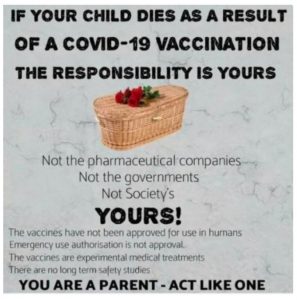 The reasons given for Germany’s Moderna halt were results of data from the Paul Ehrlich Institute (PEI) and other international sources that showed myocarditis and pericarditis being observed too frequently in boys, girls, young men and women under 30.

Suddenly, Germany’s COVID vaccine options are now down to just one: Biontech (Pfizer). But that may change as well.

The issue of cardiovascular side effects now seems to be catching up to Biontech (Pfizer) as well. Taiwan has halted the 2nd dose of the Biontech vaccine for ages 12-17 “amid concerns of myocarditis,” according to the Taiwan News today. “According to U.S. statistics, the risk of youths experiencing myocarditis after receiving the second BNT dose is 10 times higher than after the first dose, CNA reported.”

Increasingly it’s emerging that the COVID vaccines are neither as effective nor as safe as the public was earlier led to believe. Should this be a surprise? Not really if history is used as a guide.

Traditionally, developing, testing and getting vaccines to market was a long process that took many years. There were good reason for that – like safety. Governments were naïve to think it all could be done in just few months and that the whole process could just be shortcut and winged.

Today the vaccines are increasingly unsafe and ineffective, and the pandemic is spreading as fast as it ever has. 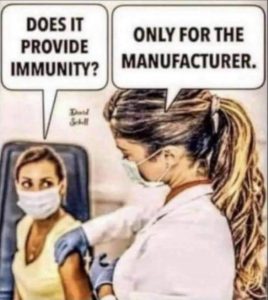