You Stupid Boy
Home Chinese Virus Vaccines Not Safe? Make your own mind up!

Vaccines Not Safe? Make your own mind up! 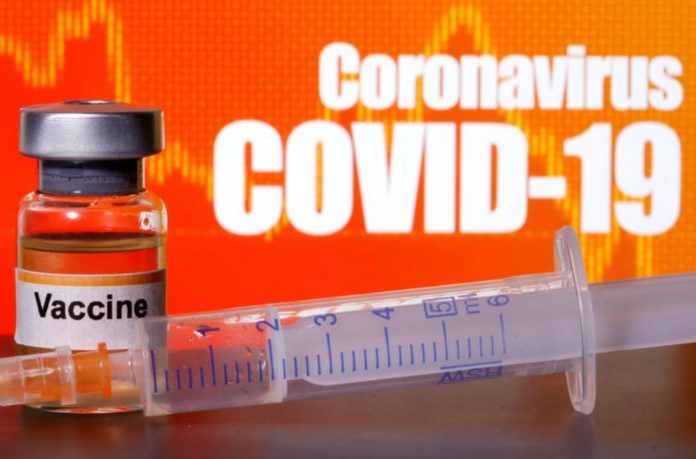 Read this and see why NZ should be in no hurry to start vaccinating people against covid especially when there are better and safer alternative treatments.

We told you last week how the UK Government had released a report highlighting adverse reactions to both the Pfizer and Oxford / Astrazeneca vaccines. The report covered data inputted to the MHRA Yellow Card Scheme from the 9th December 2020 up to the 24th January 2021. Well the UK Government has since released a second edition of the report up to the 31st January 2021, and things have not improved.

Last time we told you about some of the major adverse reactions to the Pfizer vaccine, these included 5 people going blind, 21 people suffering brain damage, 4 miscarriages, 7 cases of sudden death and overall 107 reported fatal outcomes. (See our previous report here)

Well this time we decided to take a look at some of the more serious adverse reactions to the Oxford / Astrazeneca vaccine (You can see the Government report here), and this is what we found…

The oxford jab is a ‘viral vectored vaccine’. The genetic information inside a viral vectored vaccine like ChAdOx1 is DNA rather than RNA. This DNA is a short linear piece of double stranded DNA which contains the viral genes along with the gene for the spike protein. The viral vector first infects the cell and then delivers this DNA to the cell nucleus. The cell can then translate the viral genes (DNA) into mRNA using the same RNA polymerase it uses for our own genes. After translation, the mRNA gets tagged so it can leave the nucleus and be made into spike protein by the cell machinery.

So if you thought the oxford jab wasn’t also using mRNA technology then you were mistaken.

As of 31st January 2021, just 26 days after the first dose of the Oxford jab was administered in the UK, there have been 40 cases of tinnitus and 41 cases of vertigo reported to the MHRA Yellow Card Scheme as adverse reactions.

Tinnitusis when you experience ringing or other noises in one or both of your ears. The noise you hear when you have tinnitus isn’t caused by an external sound, and other people can’t hear it.

Vertigo is the sensation that you, or the environment around you, is moving or spinning. This feeling may be barely noticeable, or it may be so severe that you find it difficult to keep your balance and do everyday tasks.

Not very pleasant side effects are they? But they’re not quite as bad as the 5 reported adverse reactions of deafness and the 1 reported adverse reaction of sudden hearing loss. We know that the people to have received the Oxford jab thus far are the over 70’s. For almost 12 long months they have been isolated from their families and unable to hear the laughter of their grandchildren. Can you imagine how they must feel now, knowing they will never have the chance to hear it again?

The next reported adverse reactions we’re bringing you has quite a large number of sufferers. In total, as of the 31st January 2021 there have been 141 reports of ‘tachycardia’. ‘What’s tachycardia’ we hear you ask.

Well if you have tachycardia, your heartbeat might feel like a strong pulse in your neck or a fluttering, racing beat in your chest. You may also feel discomfort in your chest, weakness, shortness of breath, faint, sweaty or dizzy. Tachycardia is a condition where your heart suddenly beats much faster than normal and can lead to complications, such as heart attack or stroke.

There have also been 6 reported cases of ‘Cardiac Arrest’, a.k.a heart attacks. Sadly 3 of these have resulted in deaths. In total there have been 406 adverse reactions resulting in cardiac disorders to the Oxford / Astrazeneca experimental vaccine, and 6 deaths associated with them.

We told you in our previous report how the Pfizer vaccine had resulted in 5 people being left blind. Well we’re sorry to report that the Oxford jab has fared much worse. As of the 31st January 2021 a total of 8 people have been left blind, 15 left visually impaired and 53 have suffered from blurred vision. A total of 456 eye disorders have been reported as adverse reactions to the Oxford jab, however none of these resulted in deaths. But is this a fate worse than death when these people have not seen their grandchildren for nearly a year and will now never see their faces again thanks to an experimental vaccine?

Next we stumbled on a side effect that may be of concern to a lot of people thinking of getting an experimental vaccine that may or may not protect them against a virus that statistically kills less than 0.2% of those it infects and even then the majority are aged over 85. A total of 28 people have so far suffered with a swollen tongue thanks to the Oxford jab. Now thus far this has not resulted in any deaths. But the fact that a swollen tongue can result in major breathing difficulties by restricting the oxygen supply to your lungs means it’s only a matter of time before we start to see deaths as a result of this side effect.

Another highly reported adverrse reaction to the Oxford/ Astrazeneca vaccine is siezures. From the 4th January 2021 up to the 31st January 2021 there have been 40 reported cases of ‘Seizure’ to the MHRA Yellow Card Scheme.

A seizure is a burst of uncontrolled electrical activity between brain cells (also called neurons or nerve cells) that causes temporary abnormalities in muscle tone or movements (stiffness, twitching or limpness), behaviors, sensations or states of awareness. The symptoms of a severe seizure include violent shaking and a loss of control.

The next adverse reactions really makes us angry and upset.

‘The vaccine should only be considered for use in pregnancy when the potential benefits outweigh any potential risks for the mother and baby. Women should discuss the benefits and risks of having the vaccine with their healthcare professional and reach a joint decision based on individual circumstances.’

The reason for this line is that the Oxford jab has done absolutely no research into whether their experimental vaccine is safe for use in pregnant women.

Which is why we’re sorry to report that there have been 3 reported cases of miscarriage due to the Oxford vaccine being administered to pregnant women. The question is were these women given all the relevant information in order to make an informed decision? We doubt it.

All in all there have been a total of 42,649 reported adverse reactions to the Oxford / Astrazeneca vaccine. Sadly out of these 90 have resulted in fatal outcomes. That’s 90 people who have gone in to take an experimental vaccine that they believe will protect them against a virus that kills less than 0.2% of those it infects who have sadly passed away because of the vaccine.

As a result of the Oxford / Astrazeneca vaccine people are losing their hearing, going blind, suffering brain damage, suffering strokes, having heart attacks, suffering seizures, and sadly dying. Which is why it is of great concern that they are about to start trials in the “effectiveness” of this vaccine in children, and are asking children as young as 6 to volunteer (See here).

‘A high proportion of people vaccinated in the vaccination campaign so far are very elderly, many of whom will also have pre-existing medical conditions. Older age and chronic underlying illnesses make it more likely that coincidental adverse events will occur, especially given the millions of people vaccinated. It is therefore important that we carefully review these reports to distinguish possible side effects from illness that would have occurred irrespective of vaccination.‘

If only they could apply this same logic to deaths recorded within 28 days of a positive test for SARS-CoV-2. Then we wouldn’t be in the mess we are in today.

https://dailyexpose.co.uk/2021/02/14/think-the-oxford-jab-is-safe-adverse-reactions/
Previous articleHave Your Say
Next articleFailure of Wind and Solar