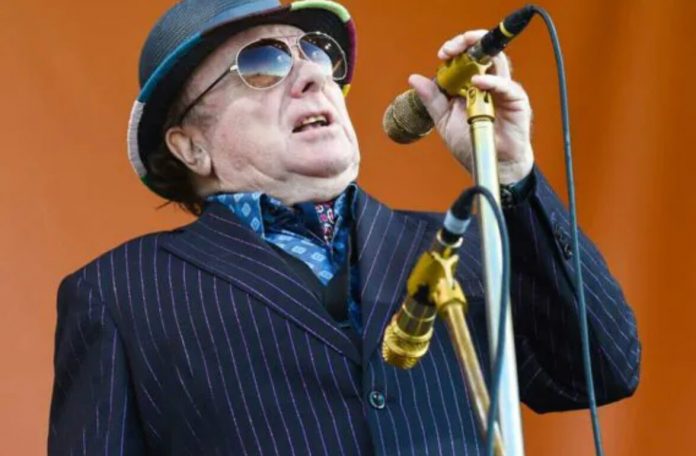 Van Morrison Is Being Blacklisted For His Latest Act Of ‘WrongThink’

Niamh Harris
The legendary singer-songwriter Van Morrison is being blacklisted for daring to release songs that blast the government’s lockdown policies and protest against fascism.
Last year 75-year-old Morrison started to speak out against the coronavirus lockdowns, which states as Texas and Florida have since exposed as anti-science.

In December he tweeted “Those who are shutting down our economy haven’t missed a paycheck since lockdown began. We are not in this together”. In another tweet, he added, “10 months on and the @niexecutive still hasn’t presented the science for the Northern Ireland lockdown.”

Naturally, Morrison and Clapton were vilified by the anti-science Woke Gestapo, especially those who infest the establishment media. Well, now, and only because he’s all kinds of awesome, Morrison has released “They Own the Media,” a blistering critique of the fake news media. Here’s a sample of the lyrics:

They tell us that ignorance is bliss
I guess by those that control the media, it is
They own the media, they control the stories we are told
If you ever try to go against them, you will be ignored

They control the narrative, they perpetuate the myth

Keep on telling you lies, tell you ignorance is bliss
Believe it all and you’ll never get the truth
Never get wise, wise through their lies

All true. Every word, true; and this is an artist actually being brave, not pretending to be brave as the establishment gushes over him…

And so, now the blacklisting of Van Morrison has begun with the usual racist/crazy/stupid narrative the establishment uses to destroy those guilty of wrongthink.

Far-left Variety: “‘They Own the Media’: The 10 Craziest Lyrics From Van Morrison’s Latest Album”

His new release, the double album “Latest Record Project, Vol. 1,” spans over two hours and consists of a series of bizarre rants and blues numbers that criticize millennial culture, Facebook, the mainstream media, psychiatrists, judges and, with no apparent irony, people who bitch.

The new album came under fire before it was even released, with the song title “They Own the Media” accused of mirroring a common antisemitic trope, although he leaves unspoken who the media-controlling “they” are in the lyrics.

For good measure, Variety added that “Van Morrison put the ‘crazy’ in ‘Crazy Love’” and “his recent tracks have often been invoked in the same breath as ‘tinfoil hat.’”

“Latest Record Project, Vol. 1,” a new two-hour, 28-track double album, doesn’t include those tunes. Instead, it veers off in a conspiratorially cranky direction with songs titled “The Long Con,” “Big Lie,” “Why Are You on Facebook” and “Stop Bitching. Do Something.”

His repetition sounds less like the trance-like mysticism of a Caledonia poet and more like a furious customer demanding a refund.

Morrison’s new record bears a strange resemblance to the unhinged, rambling feel of the pandemic-era internet: more often than not, its 28 tracks come across as a collection of shitposts, subtweets, and Reddit rants set to knockoff John Lee Hooker grooves.

This is how modern-day blacklisting works… Although plenty of left-wing artists have released songs every bit as blatantly political as what Morrison has, because his protest songs are guilty of wrongthink, because he’s protesting against fascism instead of lobbying in favor of it, he’s being eviscerated and turned into something socially unacceptable —  not for the quality of the music, but for his message.

Suddenly after a 50-year career, he’s a bigot with no talent, a crazy, a tinfoil hat-wearer, dangerous, scary, off his rocker, uninformed, and dangerous.

We’ve seen this a million times. As soon as an Oscar-winner like Jon Voight or a world-class comedian like Dennis Miller comes out of the closet as right-leaning, they can no longer act, they are no longer funny, and they’re raciststupidcrazies no one would dare work with.

As far as I’m concerned, Morrison and Clapton and Who frontman Roger Daltrey are three of the very few artists from the 60s and 70s who have remained true to what that era was supposed to stand for, which, if boiled down to a word, is Individualism. The rest, like the decrepit Rolling Stones, have completely sold out to The Man.

Previous articleComing To A School Near You?
Next articleHave Your Say