You Stupid Boy
Home Did You Know? VPN For You? 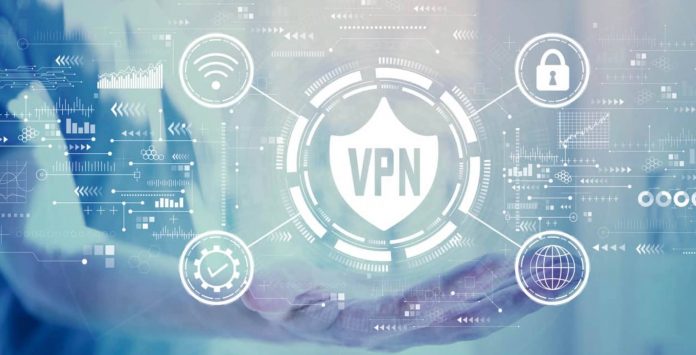 Top 10 VPNs That Support Liberty and Protect Your Privacy

VPNs are virtual private networks that encrypt your data and mask your online activity from snooping third parties including hackers, corporations and government agencies.

VPNs work by masking your real IP address and using military-grade algorithms to encrypt your data on the internet.

So how do VPNs help you? Good question! You can use a VPN to: 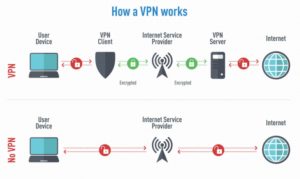 But not all VPNs are created equal.

Free VPNs are best avoided altogether as they routinely track and sell your data to corporations for profit, which defeats one of the main purposes of using a VPN. They also tend to offer an abysmal service in general.

As for the paid versions, the best VPNs provide a wide range of security and convenience features, with slick user interfaces and intuitive functionality. Whether you need military-grade security and a secure data storage solution for critical files, or you want to simply unblock Netflix, YouTube and other streaming sites, there will be a VPN for your requirements.

We analyzed the best VPNs on the market in 2022 to help you make the right choice for your individual needs. Here they are ranked from 1-10 below:

It’s not often that one of the cheaper options on the market provides the best product, but Private Internet Access have managed to strike a perfect balance of pricing, features, and usability.

Priced at just $39.95 per year, Private Internet Access has its rivals beaten on the bottom line. It also beats them on functionality, with a slick user interface and the new WireGuard open-source protocol providing lightning-fast speeds without any compromise on security.

US-based Private Internet Access is great for streaming fans. Most users report that region-blocked Netflix, BBC iPlayer, Disney+ and Amazon Prime Video can be accessed. Torrenting is allowed on any server, and the port forwarding function is tailored to P2P sharers.

With a mammoth, industry-leading network of 30,000 servers across 78 countries, a no logs policy, support for up to 10 simultaneous connections, and the option of a dedicated IP add-on, Private Internet Access is a great option for the personal user looking for privacy and security on the internet.

Cyberghost have emerged as a standout performer in the crowded VPN market and they are so confident you will love their product that they offer a 45 day money back period so you can try before you buy. Users rave about Cyberghost’s intuitive interface, with first time users particularly impressed by the network’s usability.

Cyberghost uses industry gold-standard AES-256 encryption and provides access to a huge network of over 7,000 servers in 91 countries. As it stands, their count is second only to Private Internet Access on this score, and significantly higher than big names like NordVPN and ExpressVPN.

Features include dedicated server locations for optimized streaming and torrenting, as well as the privacy-focused NoSpy servers.

Cyberghost run regular discount and promo deals, so bargain hunters would do well to check them out.

Surfshark is a fast and reliable VPN with an intuitive and easy-to-use interface and some unique features that set it apart from its rivals.  These include multi-hop connections, which bounce your connection through multiple servers for even more security, and split-tunneling, which enables the user to choose which apps are sent through the VPN tunnel and which are not.

Other popular Surfshark features include CleanWeb for ad-free browsing, Camouflage Mode to hide the fact you are using a VPN, NoBorders mode to access the VPN in oppressive countries and restricted areas, and more cool features. Another bonus: Every device in your house can use the same Surfshark plan. The reasonably-prices standard plan ($59.76 per year) allows an unlimited number of simultaneously connected devices.

Surfshark uses gold-standard AES-256 encryption and has a network of 3,200 servers in 60 countries. This is more than enough for most people’s needs, however if you really need to connect from Luxembourg or Madagascar, it is worth noting that some other VPNs have larger networks. The lack of dedicated IP addresses means Surfshark may not be the greatest choice for businesses. However, Surfshark is a great option for personal use and for those working from home.

PROS: Innovative features, ranked as the #3 fastest VPN by AV-Comparatives

NordVPN is a popular and high-grade VPN that provides heavy-duty security for a reasonable price. At just $59 annually, NordVPN is fantastic value for anyone looking to mask their online activity from snooping third parties.

Based in Panama, NordVPN is not legally required to collect any information about its users. This is reflected in its no logs policy, which was independently audited by Pricewaterhousecoopers (PwC).

The standard tier provides built-in malware and ad-block functionality, and allows for multi-hop connections, which they refer to as double VPN services. NordVPN uses AES-256 encryption, and boasts a large network of 5,000 servers located in 55 countries around the world.

Optional add-ons include NordPass, a password manager, NordLocker, a file encryption service, and a personalized IP service which is good value at an additional $70 per year.

PrivateVPN is one of the best options for streaming with users reporting it unblocks every media streaming site including Netflix, BBC iPlayer, and even DAZN.

Though based in Sweden, a Fourteen Eyes country and hardly a privacy-friendly jurisdiction, PrivateVPN has a strict no logs policy. Furthermore, your data is encrypted with customizable 128 or 256-bit versions of CBC or GCM modes. So, depending on your requirements, you can get stronger security.

PrivateVPN is feature-rich with some options that are hard to find elsewhere, including HTTP and SOCKS5 proxies, and port forwarding. If you are a techie, or require a speciality service, PrivateVPN could be the VPN for you.

IPVanish is a solid option that unblocks Netflix and YouTube, and operates with goods speeds while using industry gold-standard 256-bit AES encryption, used by banking and military institutions for classified documents and highly sensitive data.

With 1600 servers in 52 countries, IPVanish is one of the smaller VPNs on this list. However, it packs a punch with exciting security and data storage features. IPVanish recently upgraded to include the WireGuard protocol, making this VPN faster, safer, and more user-friendly than ever before. Paid users will also be given an option to use SugarSync, an encrypted file storage solution working similarly to Dropbox. Offering 5000GB of storage, IPVanish offers a secure data storage solution for critical files.

Hotspot Shield has grown its customer base rapidly in recent years and now has more positive reviews from users on TrustPilot and various app stores than any other VPN on the market.  Strong streaming capabilities and a solid free tier account for Hotspot Shield’s booming popularity, however the free version does come with significant limitations including a 500MB daily data limit.

To access Hotspot Shield’s full suite of features and streaming capabilities, premium users pay $95.88 per year, which ranks this VPN one of the most expensive on the market. What do you get for your money? Access to a spam call blocker, the ability to connect five devices, including routers, simultaneously, and antivirus protection.

ProtonVPN is a young and fast-growing VPN that has the unique selling point of being based in Switzerland. Knowing your VPN is based in Switzerland, which has the world’s strictest, most expansive, and unalienable banking and secrecy protections, just makes you feel safer straight away, doesn’t it?

Rapid growth in recent months and years has propelled ProtonVPN from its position as niche outsider to major player in the VPN space. Its server network has increased from a few hundred to over 2,000 and counting, and notable improvements to features and support, including WireGuard, have dramatically improved offerings including eye-catching connection speeds.

The VPN also offers solid P2P support for torrenting, which just adds to Proton’s reputation as being a great choice for media consumption. You also have the option to pay by Bitcoin and other cryptocurrencies including Ethereum and Monero, should you wish to further anonymize your VPN use.

PROS: Based in Switzerland, the land of privacy, solid all-round offerings

PureVPN is a good option for media consumption, with features for seamless torrenting and streaming. Providing access to 6535 servers spread across 74 countries, PureVPN’s server speeds are impressive, and its price tag is a super low $39.95 per year, making it one of the most affordable options on the market.

Some of PureVPNs thousands of servers are “virtual” meaning that if you connect to a Maltese server, it might actually be physically located in Turkey. While you will be assigned a Maltese IP address, the virtual server’s performance will not be as good as a physical server.

CONS: Virtual servers are not as reliable as physical servers

ExpressVPN is a highly-regarded VPN for the personal-use market with an easy-to-use interface and a feature-rich offering of add-ons. In addition to gold-standard AES-256 encryption, ExpressVPN offers its exclusive Lightway protocol that increases speeds without compromising security.

With access to more than 3,000 servers in 94 countries, ExpressVPN is one of the industry heavy-hitters, but at $99.95 per year it must be placed firmly in the expensive category. The lack of business features also means ExpressVPN wasn’t placed as highly as it could have been on this list.

Previous articleHave Your Say
Next articleShanghai