You Stupid Boy
Home US Politics Watch the lefties scream! 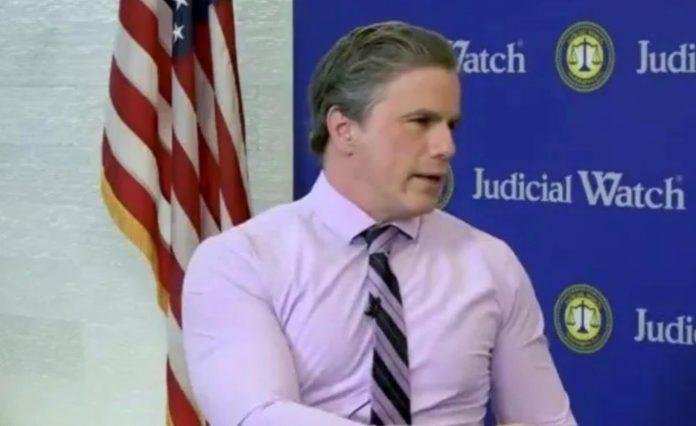 Obama judges have been put on notice after President Donald Trump tapped Judicial Watch founder Tom Fitton for appointment to a D.C. court oversight body that has the power to remove judges for misconduct.

The White House announced Trump’s intention to name Fitton, the most tenacious conservative watchdog in the country, to the D.C. Commission on Judicial Disabilities and Tenure on Friday afternoon.

The commission is made up of two non-legal members, four attorneys and a judge. One of the members is appointed by the president to a five-year term.

Fitton heads up Judicial Watch, the team of patriotic lawyers hellbent on getting at the truth, which has made headlines bringing Freedom of Information Act (FOIA) lawsuits to force the government to release evidence which may point to misconduct by government officials.

The groups has sued both Republican and Democratic administrations, including the Clinton IRS alleging a retaliatory audit, the Bush administration and former Vice President Dick Cheney and his former company, Haliburton, and the Obama administration over former Secretary of State Hillary Clinton’s emails, after she deliberately circumvented the Freedom of Information Act with a private server in order to conceal her communications from public records requests.

Fitton has also warned Americans on his popular Twitter account about how the Deep State is working to undermine our duly elected president.

Previous articleHave Your Say
Next article“Queen of the Ocean”