You Stupid Boy
Home Uncategorised Waterton Chronicle got it right?

Waterton Chronicle got it right? 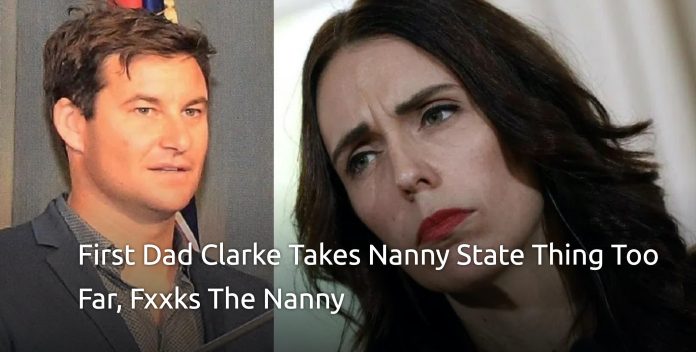 Apparently being a stay-at-home dad with a taxpayer-funded Nanny is a bit much for some people to handle.

In the case of the self-proclaimed First Dad, Clarke Gayford, the question was allegedly never really “if” but “when”.

“I mean, in my defence, she spends all day Zoom chatting with China about fun new ways to fxxk New Zealand.” the keen fisherman said.

“So I thought to myself, I too need to be fxxked.” Clarke explained.

The Waterton Chronicle understands that Clarke is currently holed up in a dark corner of the presidential palace formerly known as Government House, looking around frantically for things to pack.

“Que.” said Consuela as Clarke chose which gifts and memorabilia to take from the Palace.

When asked if it might have been a better idea to just keep his dxxk in his pants, given he is the self-proclaimed First Dad of New Zealand, Clarke was defiant.

“Like, I tolerate her being Prime Minister, so she can tolerate me fxxking the Nanny occasionally, when i get home from a particularly vigorous fishing trip.” Old Clarke-o explained.

Clarke went on to explain that people don’t understand how difficult it is to not fxxk the servants when your girlfriend is the Prime Minister.

“It’s a tough gig mate.” He told this reporter as he admired himself on Instagram.

Previous articleDo they actually believe this shit?
Next articleHave Your Say