You Stupid Boy
Home Leftie Stupidity We Are Not Alone: Open Letter from an American.

We Are Not Alone: Open Letter from an American. 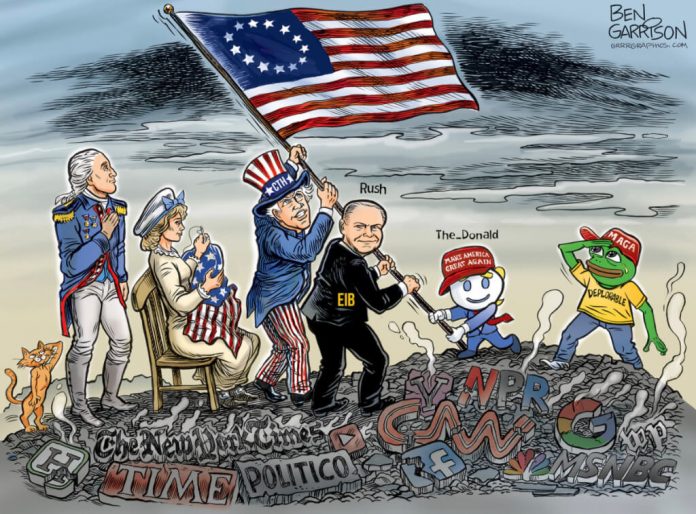 I am an American, a New Hampshire woman, a lover of liberty, and a happily married mother of four beautiful children. I have a wonderful life, a bright future, and could not ask for any greater blessing than those I have already received.

My enemies are in a word, communists. Modern communists do not usually call themselves such. They do not talk about workers rising up and seizing the Means of Production.

Instead, modern communists adopt a rhetorical stance where they assume that all people and all property are ALREADY COLLECTIVIZED, then calmly discuss what WE should do:

The issue under discussion is always something sympathetic, something most decent people would like to see fixed: intergenerational poverty, police brutality, environmental degradation, bigotry, violence.

But the solutions modern communists put forward are rarely passive, and they are never liberating. If a problem can be solved by individual action, voluntary charity, by the free market, or by the passage of time, that is never seen as good enough. In fact, nothing that fails to increase the power and control of governments or certain institutions (or to grow the people’s dependence on them) is ever regarded as a solution at all.

The people who do the work of modern communism, debating and voting on these “issues of the day” are mostly not aware of what they are doing. A majority of them are decent people who want real problems addressed. But their thinking is confined to a multiple choice question presented by prestige media and schools where only oppressive proposals are listed as options.

Even those higher up the food chain, the ones who create the policy proposals or set the bounds of debate around them are not usually conscious of the way they are manipulating the public. They are hobbled by a theory of history (care of the school system) where the past is merely a series of dragons slain by government policy, where everything is “systemic”, and where the free choices and conscientious actions of individuals have no meaningful effect.

This is how the enemy operates

In order for modern communists to have the latitude to execute their plans, they need every citizen to be as weak and dependent as possible. They especially need the middle tiers of management, professions, and bureaucracy to be filled with minimally competent placeholders who owe their position to political and institutional favor. These sorts of people, since they are only able to achieve their present position through the system, are more pliable to coercion and less likely to see freedom in any aspect of life as promising or beneficial. 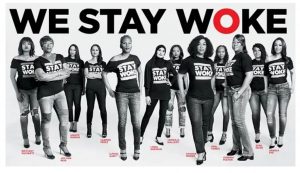 As a consequence, modern communists wage eternal war against every wholesome and sustainable aspect of life, society, and culture which gives people or communities strength and independence. They see it as desirable to destroy the natural optimum which people discover through freedom and competition and replace it with fragile, orchid-like solutions which could not thrive without government and/or institutional intervention:

To a modern communist, “freedom” means the opportunity for individuals to choose some fundamentally maladaptive way of life and be protected from consequences, encouraged and subsidized by power.

The weaker you are, the more useful you are to those in power. Those who choose to be weak and dependent where they could be healthy and independent are collaborators.

This is what I see happening

The American public has come to accept all the components of totalitarian states.

In the 2016 election, the full-throated manipulation by the mainstream press, academia, and the political establishment was so intense, and so obvious, that many people (myself included) who did not consider themselves “conservative” voted for Donald Trump just to poke a finger in the eye of Leviathan. So many people did so that his margin of victory exceeded the margin of cheat, and he was actually able to become president. …

Now, in the 2020 election, the fraud and manipulation became so glaringly obvious that, at the time of writing, at least 47% of all Americans, regardless of party loyalty, understand that the election was stolen and Joe Biden is illegitimate. Somehow though, it is still a long shot that Donald Trump, the person who has done more to expose the mendacity and incompetence of the ruling party and institutions than anyone else, will be seated as President.

Every one of those Americans who understands this must realize that this is it. This is the last moment for the American Republic, the last time we will even have a glimmer of a chance of an honest election result, and the last time any opposition to modern communism will be afforded space in the public square. And yet, neither I nor most of you are going to do anything about this situation that might risk our present status or comfort.

This is why I won’t yet act

Unfortunately for me, the crisis has come either too late or too early. Our family has four young children, a single income, and a base of assets which could be easily lost but probably never replaced. We are maximally vulnerable to the sorts of attacks which collectivists bring against those who fight back. …

When I look around me, I see many people who are paralyzed as I am. We know that the fight for our republic is unavoidable, and that the time is now, but do not see a nucleus of resistance to which we can pledge our lives, fortunes, and sacred honors without it being tantamount to suicide. We are watching and waiting for someone else to be that nucleus.

If you have the courage to act where I do not, here is what I WILL do:

Previous articleAustralian Coal and the Coming War with China.
Next articleHave Your Say