You Stupid Boy
Home Chinese Virus WEF will Be Pissed

WEF will Be Pissed 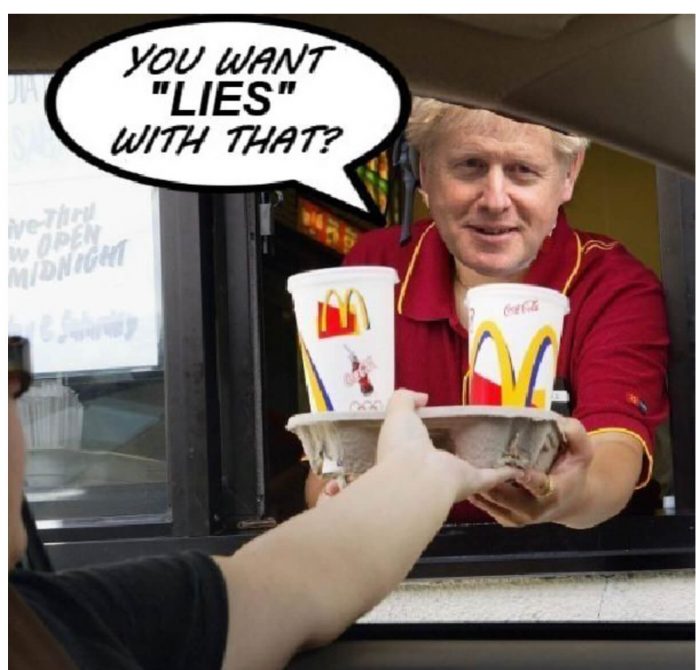 PRC-CCP and WEF strategy to weaponize banking has a big downside.

“If you tell a lie big enough and keep repeating it, people will eventually come to believe it. The lie can be maintained only for such time as the state can shield the people from the political, economic, and/or military consequences of the lie. It thus becomes vitally important for The State to use all of its powers to repress dissent, for the truth is the mortal enemy of the lie, and thus by extension, the truth is the greatest enemy of The State.” 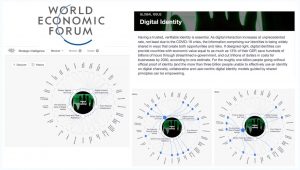 The tide of events during the Coronacrisis, the amazing 2019 foreshadowing of Event 201,  the illogical obsession of many WEF trainees with vaccinating the world using mRNA-based vaccines has combined to lead many to conclude that there is an ulterior motive at play here.  One which transcends mere public health concerns. This goes all the way back to the “Big Why” question raised by Dr. Bret Weinstein on the YouTube-banned Darkhorse Podcast “How to save the world, in three easy steps”.

A leading hypothesis to explain the “Universal vaccination nation” obsession is that vaccine passports are a strategic portal to achieving a key World Economic Forum objective.  That being development of a digital identity-based social credit scoring system which will enable management of human behavior by weaponizing banking and access to funds based on behavior and speech.  The core hypothesis here is that western democratic governments (which in normal times have personal privacy constraints) can leverage the emergency to mandate a digital identity and proof of vaccination with associated QR codes and cell phone-based contact tracing in the interests of “public health”.  This is despite the proven fact that the mRNA SARS-CoV-2 vaccines not only do not stop viral infection, replication and transmission, but may even increase infection risk. The logic apparently is that the western democracies, which are increasingly acting like infiltrated client states of the World Economic Forum, can both economically and politically benefit by implementing a universal social credit system akin to that which has been pioneered and gradually implemented (think boiling frog) in the People’s Republic of China by the Central Communist Party.  For further on that topic, see here and here. 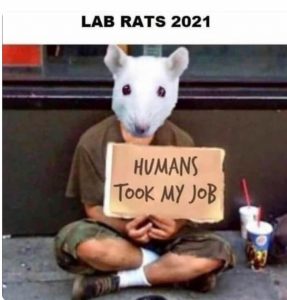 And now, thanks to Canada’s (or Cuba’s?) own WEF fanboy Justin Trudeau and his WEF-trained finance director Chrystia Freeland, we have a peek under the covers, a foreshadowing of sorts, about the potential blowback issues with the whole “manipulate people to do what you want using social credit scores and weaponizing access to banking” strategy. Turns out that WEF darlings Justin and Chrystia were supposed to be the tip of the spear for piloting the WEF digital ID system.  So, faced with the threat of peaceful truckers occupying Ottawa and making like Canadian Geese with their horns, they decided to just go all the way and weaponize the banking system to meet the enormous threat to Canadian national security posed by the truckers. Well, that did not turn out quite as planned.  Apparently, when those holding both large and small bank accounts realized that TD Bank and other large Canadian banks were no longer a safe harbor, they decided to withdraw their funds.  Oops.

I guess that Canadian Finance Director Chrystia Freeland, although proudly listed by the WEF as an exemplar young leaders program graduate, was not trained as an economist, but rather her background is in Russian history and literature.  She seems to be yet another example of the Peter Principle as mind numbingly and repeatedly practiced by the WEF.

Back on point, it seems that both working class as well as high net worth people really do not like the threat of having their money stolen or frozen by government bureaucrats on a political crusade.  Who would have guessed?  So, what to do when what you previously thought was a safe harbor turns out to be plagued by arbitrary and capricious currents?  Get out of there, pronto. So, there we are. When the geniuses at the WEF meet to game out the “lessons learned” from Justin and Chrystia’s short sharp shock, what are they going to conclude?  Will they conclude that “The fault, dear Brutus, is not in our stars, But in ourselves“? Highly doubtful. My guess is that they will decide that the fault lies in having moved too fast, and that the Overlords should told their apparatchiks to stick to the incrementalist “boiling frog” strategy. 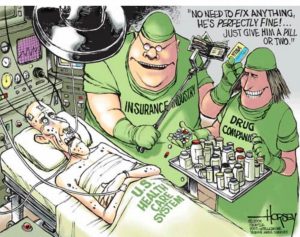 Now, was there any foreshadowing that could have alerted them to this little problem?  Well, to be blunt, yes. Have you noticed how bicoastal real estate (and farmland) prices seem really inflated?  What’s going on there? A case can be made that what is happening is that foreign investors – particularly private money with origins in the People’s Republic of China (much of which has been parked in Canada), is looking for shelter in real estate markets. See, if you are a Chinese billionaire (and there are lots of those), you have a problem.  At any moment the PRC can decide that your social credit score (or that of your company) is in default, and the Central Communist Party can seize your funds.  What’s a rich heiress to do?  Seek shelter offshore.  Even if you take a 50% haircut due to an “adjustment” in valuation of inflated offshore real estate, you are still ahead of having all of your money stolen by some arbitrary bureaucrat on a mission to impress his (yes, I intended to use that gender) superiors.  And when your portfolio manager discovers that Canada is going full PRC by weaponizing their banking system for political purposes?  Well, what would you do?  I think that “Get the H___ out of Dodge” is pretty much the universal answer.  Resulting in a cascade of economic badness that threatened to completely crash the new Totalitarian Canada. That one did not even require a Harvard exchange program degree in Russian history and a background in journalism to figure out.

So, there we have it.  The silver lining in this whole shizashow is that the WEF young leaders program seems more interested in turning out compliant bureaucrat functionaries than razor sharp, highly trained intellects. And as God is my witness, Justin Trudeau and Chrystia Freeland certainly fit the mold. Let’s give thanks that they have alerted us to where Klaus and his minions want to quietly take us.  Now, if you care about your freedom and the autonomy of your nation, it is time to act.  Or forever hold your peace. There is no medical crisis. Time to shut down the illegal suspension of Constitutional rights using a fraudulent justification.  And let those of us who actually do an honest day’s work for a living (like Physicians, Farmers and Truckers) get back to work.