You Stupid Boy
Home World News What Is The Truth?

What Is The Truth? 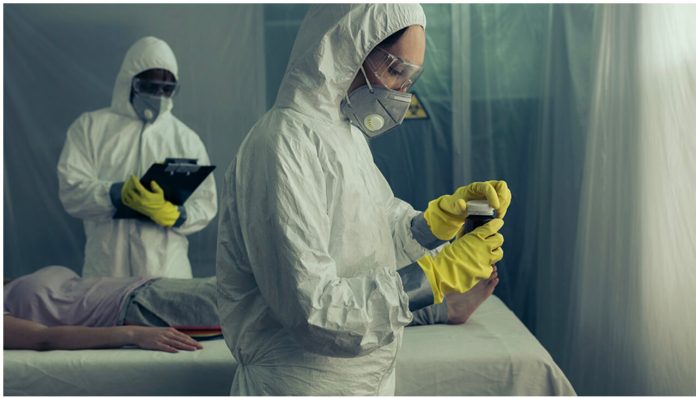 Chinese Leaders to Sacrifice Coronavirus-Infected Cities to Save 11 Others; Prepared to Accept Millions of Fatalities

Brutal Chinese leaders have made a decision to sacrifice entire cities of their own citizens in order to save 11 “protected” cities elsewhere, according to a bombshell leak acquired by Hong Kong media professional Stephen Shiu Yeuk-yuen.

As reported in The Epoch Times, “The 11 cities on the CCP’s priority list of being saved are Beijing, Tianjin, Shanghai, Guangzhou, Shenzhen, Hong Kong, Hangzhou, Xi’an, Shenyang, Harbin, and Urumqi. The CCP is prepared to protect these 11 cities at all cost, even if it means sacrificing other cities, Shiu said.”

This secret meeting took place on Jan. 25th and demonstrates the brutality of the communist Chinese regime, which has in effect imprisoned 56 million of its own citizens in military-enforced quarantine zones where food, fuel and medical supplies are nearly depleted.

Based on information leaked from this meeting, it now appears the Chinese government leadership sees this coronavirus pandemic as an existential threat to its own existence, and it has made the decision to sacrifice millions of lives, if necessary, to protect the core cities that drive China’s economic and manufacturing power. From TET:

Shiu said he believes the epidemic, which is now getting out of control, will have “a deadly impact” on China’s economy. In his estimation, more than half of Chinese business activities will come to a halt… The insider did not give specific reasons as to why the authorities chose those 11 cities, but they are the commercial and military hubs in the country.

The brutal effort may backfire, however, as critical supplies denied to the quarantined citizens of China are resulting in the rapid proliferation of more coronavirus infections. As reported by TET:

Even after the city-wide lockdown of Wuhan, the central authorities failed to dispatch needed manpower and medical supplies, resulting in things such as corpses lying about on a hospital floor and citizens not being informed about virus prevention, all of which would further spread the virus.

Over the last 7 days, the number of confirmed cases of coronavirus infection have increased 1000%, leaping from 941 to over 9,800. The W.H.O. has declared a global pandemic emergency, and scientists have confirmed the virus is being spread by symptomless carriers who aren’t even aware that they’ve been infected.

The shut down of the Wuhan region is also starting to cause a supply chain crisis across the tech industry, and China’s industrial output has plunged 40% according to some estimates.

Expectation of millions of deaths

According to research from Professor Gabriel Matthew Leung from the Hong Kong Medical School, the coronavirus outbreak will eventually infect 18 million people in China, causing between one and two million fatalities. Chinese officials appear ready to accept these fatalities as long as they can save the industrial cities listed above.

The number of infected people will double every 6.2 days, according to his research, although that rate could be reduced through strong quarantine and isolation measures.

A new study just published in The Lancet calculates that there are currently more than 75,000 infected individuals in China, as of Jan. 25, 2020. That study concludes, “we inferred that epidemics are already growing exponentially in multiple major cities of China with a lag time behind the Wuhan outbreak of about 1–2 weeks.” Official numbers from the Chinese government currently claim 9,909 infections, a number that seems absurdly low.

That same study warns the coronavirus pandemic may already be going global:

Independent self-sustaining outbreaks in major cities globally could become inevitable because of substantial exportation of presymptomatic cases and in the absence of large-scale public health interventions. Preparedness plans and mitigation interventions should be readied for quick deployment globally.

If this goes global, the only solution will be to shut down society, causing catastrophic economic consequences

Even as Iran has stopped all commercial air flights to China, the United States is still accepting flights, raising the important question of whether U.S. health authorities actually intend to allow Americans to be infected so they can benefit from the crisis, rolling out a nationwide medical police state that demands mandatory vaccinations and forced quarantines of any person they target.

Once the virus spreads in any country, the only reliable method for stopping the outbreak is to shut down society and force everyone to stay home. The economic consequences of that decision are truly apocalyptic.

Previous articleMexico Is Paying for Trump’s Wall
Next articleSSANZ update