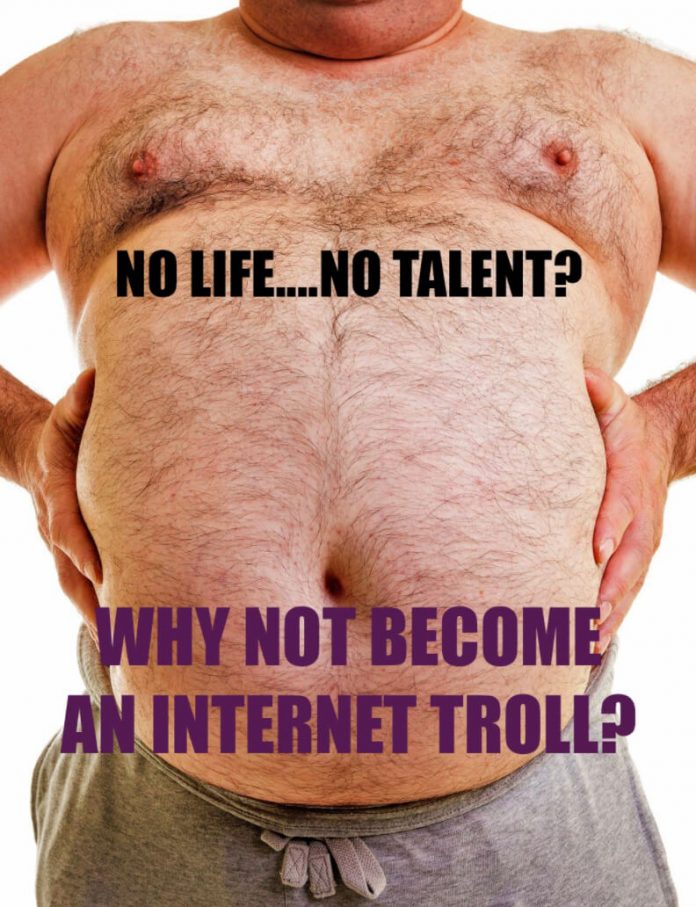 Our uniqueness makes us special, makes perception valuable—but it can also make us lonely. This loneliness is different from being ‘alone’: You can be lonely even surrounded by people. The feeling I’m talking about stems from the sense that we can never fully share the truth of who we are. I experienced this acutely at an early age. —Amy Tan

Loneliness is a powerful psychological, emotional, and behavioral state, associated with significant risks to mental and physical health. Online trolling is a huge and growing problem, as well. According to the Pew Research Center (Online Harassment, 2017), 41 percent of Americans have themselves experienced online harassment, and over 60 percent report having been witness to such actions.

While many of these behaviors are of the milder variety, nearly 20 percent of people in the Pew survey reported they had “been subjected to particularly severe forms of harassment online, such as physical threats, harassment over a sustained period, sexual harassment or stalking.” Given rising rates of both loneliness and online harassment, and the research reviewed below, are they related?

Loneliness and aggression are correlated

As researcher Keita Masui from the Department of Psychology of Otemon Gakuin University in Japan notes, loneliness, in addition to being a source of unwellness and personal suffering, can spell trouble for others as well. Masui reviews the literature on loneliness and aggression. Because loneliness represents a state of chronic frustration and unmet need, it can trigger aggression toward others as a way to discharge tension or express oneself—even if in maladaptive ways.

Research shows that experiences and traits related to loneliness have been found, for example, in perpetrators of school shootings, where a history of bullying and rejection sets the stage for tragedy. Other studies reviewed confirm that lonely adolescents are more likely to be physically and emotionally aggressive and that when people are bullied in the real world, they are more likely to act out on the internet.

So one would expect loneliness to be a multiplier when it comes to internet trolling, which is itself correlated with Dark Tetrad personality traits of Machiavellianism, psychopathy, everyday sadism, and narcissism. The Dark Tetrad is different from the Dark Triad in that in addition to narcissism, Machiavellianism, and psychopathy, it also includes a direct measure of sadism. Sadism is when people get pleasure and gratification, especially with a sexual charge, from the pain, suffering, or humiliation of others.

Of the four Tetrad traits, psychopathy and everyday sadism have been found to correlate more strongly with internet trolling in previous studies, as well as with cyberbullying.

Masui notes that while loneliness and Dark Triad traits haven’t been well-studied, more narcissistic people tend to lash out at others when they feel rejected, according to one study, and another study found that social support may buffer against aggression for people higher in psychopathic traits.

Because no studies to date have looked at whether loneliness interacts with the Dark Triad traits to predict online trolling, Masui designed the current study to look at data from 513 people, between the ages of 20 and 69 years old, via an internet survey of a cross-section of a large pool of potential respondents. The survey covered several ratings: the Global Assessment of Internet Trolling-Revised; the Dark Triad Dirty Dozen Scale; the Varieties of Sadistic Tendencies instrument (measuring both direct and vicarious sadism); and the UCLA Loneliness Scale.

Loneliness, trolling, and the Dark Tetrad

There were several significant findings. Men were more likely than women to troll the internet and scored significantly higher on all the Dark Tetrad traits. Internet trolling correlated with Machiavellianism, sadism, and psychopathy, but not narcissism. Psychopathy was significantly correlated with higher reported loneliness, showing that in spite of common conceptions, more psychopathic people still register the absence of a relationship. 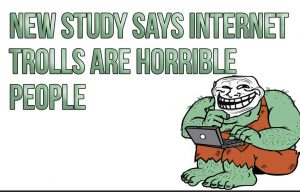 More sadistic study participants were more likely to troll, regardless of loneliness, and narcissism, loneliness and chance of trolling did not correlate with each other.

Internet trolling is a reprehensible behavior according to conventional standards of civil discourse, regardless of the underlying factors. No one likes being trolled, though some folks seem to like to counter-troll, giving it back just as hard as it is doled out, even resorting to troll-baiting to get a good fight going. Others may have a bit of vicarious sadism and may enjoy watching. But for most of us, trolling just feels terrible, at best, Ignoring and unfriending trolls, when possible, is the path chosen, alongside maintaining community standards to disallow trolling.

The present research sheds light on how we understand trolling, not just as a function of “Dark” personality traits, but driven also by relatable feelings of loneliness. While we don’t tend to empathize with perpetrators, and I doubt bringing up loneliness in an internet altercation would be a constructive move, realizing that people who troll may be feeling isolated could be a first step to distancing oneself from the trolling in order to blunt the impact.

While trolls—to use a dehumanizing term—may be more likely to be manipulative, sadistic, and psychopathic, they may also be suffering, feeling lonely and isolated with no clear socially acceptable outlets. Approaching such people with the intention to offer support and connection is, at best, likely to go nowhere… and more troubling, may lead to harm to the would-be helper and ultimately greater isolation for the person trolling.

On an online community or systemic level, interventions designed to provide more community support, potentially programmable into popular social network platforms, could meaningfully reduce the amount of trolling which takes place. Future research is needed to further spell-out how loneliness and online trolling interact, and what interventions may be effective to create a safer online space for our ever-more-connected society.

The need for containment has to be balanced with individual self-expression. For those high in certain Dark Triad traits, self-expression and the safety of others are incompatible, making it difficult to alleviate loneliness in healthy ways.