You Stupid Boy
Home Chinese Virus What Next From China?

What Next From China? 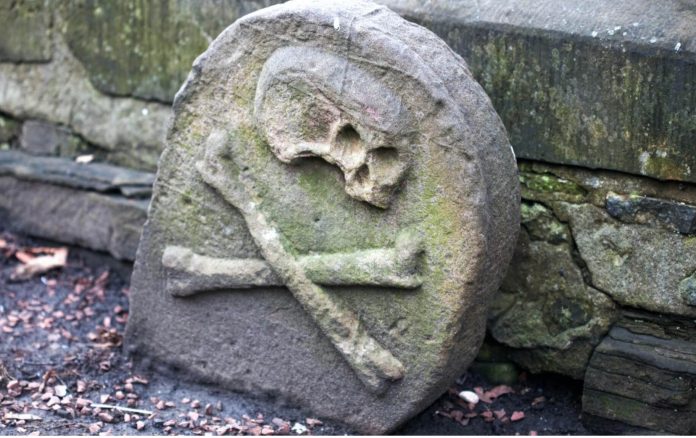 People with high fever and sudden deaths will come under greater scrutiny under public health measures.

Chinese authorities in the country’s Inner Mongolia Autonomous Region have raised a level-three warning for epidemic control after a case of bubonic plague, the disease that caused the Black Death pandemic, was confirmed.

The alarm comes after a local herdsman was suspected to have the case over the weekend after being admitted to the people’s hospital in Urad Middle Banner in Bayannur City, reports state-run Chinese state news outlet CGTN.

The patient is now under quarantine and is in stable condition.

The level-three warning for plague control and prevention is the second-lowest in a four-level system and will remain in effect until the end of 2020, according to a municipal commission.

Under the public health measures, people have been urged to boost their personal protective measures to prevent the plague from spreading between people. Additionally, the hunting and eating of wild animals have been banned.

“At present, there is a risk of a human plague epidemic spreading in this city. The public should improve its self-protection awareness and ability, and report abnormal health conditions promptly,” the local health authority said.

People with high fever and sudden deaths will come under greater scrutiny under public health measures.

Authorities are also calling on citizens of the region to report any sick or dead marmots or other animals that they may come across. Marmots are a type of large ground squirrel traditionally eaten in some parts of China and in the neighboring country Mongolia, and have historically been the cause of plague outbreaks in the region.

The marmot is believed to have been the cause of the 1911 pneumonic plague epidemic that claimed the lives of 63,000 people in northeast China, reports CNN. At the time, the marmot was hunted for its fur, which was in high demand among international traders. As a result of the trade in diseased fur, thousands across the country were infected.

During the Middle Ages, the bubonic plague or “Black Death” reached global pandemic proportions, ravaging the populations of Asia, Europe and Africa and resulting in upwards of 100 million deaths.

Historians estimate that it reduced the population of Europe by about two-thirds, with the population in England in 1400 falling to around half of what it had been a century earlier and around 1,000 villages being depopulated or totally disappearing.

The bubonic plague is caused by the bacteria Yersinia pestis. Unlike the coronavirus, the disease is a result of bacterial infection.

If patients are given antibiotics within the first 24 hours of infection, they are likely to survive the ordeal. However, in the absence of antibiotics the virus can lead to a painful, grueling and prolonged death.

Indeed, the advent of antibiotics has largely helped to prevent the virulent plague outbreaks of the past. However, modern medicine has still not proven capable of totally eliminating the plague – leading the World Health Organization to categorize it as a re-emerging disease. Roughly 1,000 to 2,000 people get the plague every year, although the true number is expected to be far larger when accounting for unreported cases.

About seven cases of the bubonic plague are reported on average every year in the United States, usually in rural zones of western states, reports New York Times.

The bubonic plague becomes far more virulent and deadly after it mutates into the pneumonic plague, which is the only form of the disease capable of person-to-person transmission through respiratory droplets released through coughing and sneezing.

While the bubonic plague has a 30- to 60-percent death rate if untreated, pneumonic plague fatality rates are much higher and approach nearly a 100-percent rate.

Last November, the same region of Inner Mongolia was also the scene of a pneumonic plague outbreak.