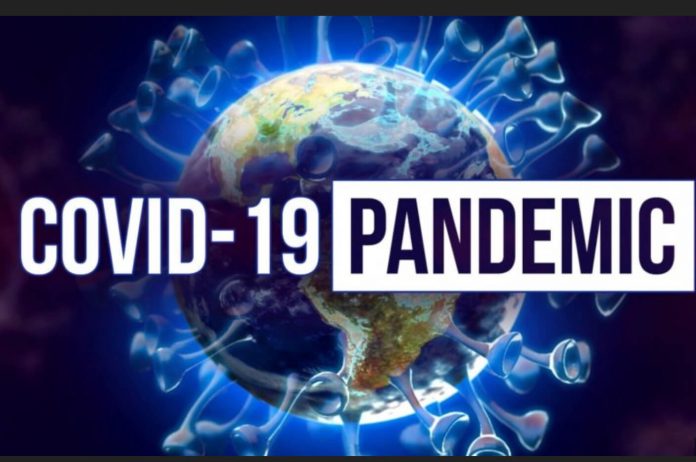 The Pandemic Virus that Doesn’t Exist

For the past year, I’ve been offering compelling evidence that: no one has proven SARS-CoV-2 exists.

I’ve explained that the virus was never isolated. In fact, researchers use the word “isolated” to mean its very opposite: “We ASSUME we have the virus surrounded by, and embedded in, a great deal of other material, and we never extract it or purify it.”

No isolation=no discovery of a virus.

I’ve explained that it’s impossible to put together the genetic sequence of a virus that has never been found. Unless, of course, you’re lying.

I’ve published an article in which Dr. Andrew Kaufman  took apart, step by step, a typical published study in which the authors described how they isolated SARS-CoV-2. Dr. Kaufman tore this description to pieces and revealed how absurd it is.

When confronted with a mountain of so-called science plus sheer propaganda, most people find it impossible to accept the fact that, at the core of the mountain, there is…

“Oh, that couldn’t be. There has to be SOMETHING, and the something must be a virus.”

This is on the order of a child saying, “There has to be a ghost in the closet every night when I go to sleep.”

All that fear, and there is nothing? No, no.

But in the medical universe, there are actually several huge institutions that are based on nothing.

Here is one: PSYCHIATRY.

The official bible of the psychiatric profession, the DSM, lists, describes, and labels some 300 separate and distinct mental disorders.

If you plow through the bible, you will notice that NONE of these mental disorders has a defining laboratory test. No saliva, blood, hair, urine test. No brain scan. No genetic assay. NOTHING.

Yes, people have problems, troubles. People experience suffering and pain. But that is quite, quite different from arbitrarily carving up all that suffering into 300 academic and clinical categories called “mental disorders.”

And on top of the astonishing scientific con, the patients who are diagnosed are given toxic drugs, some of which push them over the edge into committing suicide and murder.

All based on a scientific nothing.

(A warning: Suddenly withdrawing from psychiatric drugs can be very dangerous, even life-threatening. Withdrawal should be done gradually, supervised by a caring professional who knows what he’s doing. See breggin.com.)

In a PBS Frontline episode, Does ADHD Exist?, Dr. Russell Barkley, an eminent professor of psychiatry and neurology at the University of Massachusetts Medical Center, unintentionally spelled out the fraud.

PBS FRONTLINE INTERVIEWER: Skeptics say that there’s no biological marker—that it [ADHD] is the one condition out there where there is no blood test, and that no one knows what causes it.

BARKLEY: That’s tremendously naïve, and it shows a great deal of illiteracy about science and about the mental health professions. A disorder doesn’t have to have a blood test to be valid. If that were the case, all mental disorders would be invalid…There is no lab test for any mental disorder right now in our science. That doesn’t make them invalid.

Oh, indeed, that does make them invalid. Utterly and completely. All 300 mental disorders. Because there are no defining tests of any kind to back up the diagnosis.

We are looking at a science that isn’t a science. That’s called fraud. Rank fraud.

Here is one more newsflash: The so-called “chemical-imbalance” theory of mental illness is dead.

Dr. Ronald Pies, the editor-in-chief emeritus of the Psychiatric Times, laid the theory to rest in the July 11, 2011, issue of the Times with this staggering admission:

“In truth, the ‘chemical imbalance’ notion was always a kind of urban legend — never a theory seriously propounded by well-informed psychiatrists.” [6]

However…urban legend? No. For decades the whole basis of psychiatric drug research, drug prescription, and drug sales has been: “we’re correcting a chemical imbalance in the brain.”

The problem was, researchers had never established a normal baseline for chemical balance. So they were shooting in the dark. Worse, they were faking a theory. Pretending they knew something when they didn’t.

In his 2011 piece in Psychiatric Times, Dr. Pies tries to protect his colleagues in the psychiatric profession with this fatuous remark:

“In the past 30 years, I don’t believe I have ever heard a knowledgeable, well-trained psychiatrist make such a preposterous claim [about chemical imbalance in the brain], except perhaps to mock it…the ‘chemical imbalance’ image has been vigorously promoted by some pharmaceutical companies, often to the detriment of our patients’ understanding.”

Absurd. First of all, many psychiatrists have explained and do explain to their patients that the drugs are there to correct a chemical imbalance.

And second, if all well-trained psychiatrists have known, all along, that the chemical-imbalance theory is a fraud…

…since those drugs are developed on the false premise that they correct a chemical imbalance?

The chemical-imbalance theory is a fake.

The entire branch of medicine called psychiatry is based on NOTHING.

“Well, you see, every effect has a cause, and that cause is actually the effect of an earlier cause, and you can go back farther and farther in the chain…”

And this idea is somehow the basis for assuming that, if a pandemic is announced, there must be a virus.

There are all sorts of variations on the theme.

And if someone responds with the familiar battle cry, “Then why are all these people dying?”, I’ve covered that issue from stem to stern in a dozen articles or so.

The entirety of illness and death attributed to the “pandemic” can be explained by multiple factors (not one), and none of those factors involves a virus.

“People dying equals a virus” is about as convincing as “all-cause mortality rising is the result of plane crashes.”

As sure as I’m writing this sentence, someone somewhere will think, “Hmm, plane crashes. I should look into that…”

And he will. He’ll look into planes flying through underground caves, carrying passengers intent on exploring the center of the Earth, where doctors are producing a longevity drug that extends life for 500 years. But the planes are having accidents.

That level of fantasy is on the same bookshelf as “the virus is causing the pandemic.”