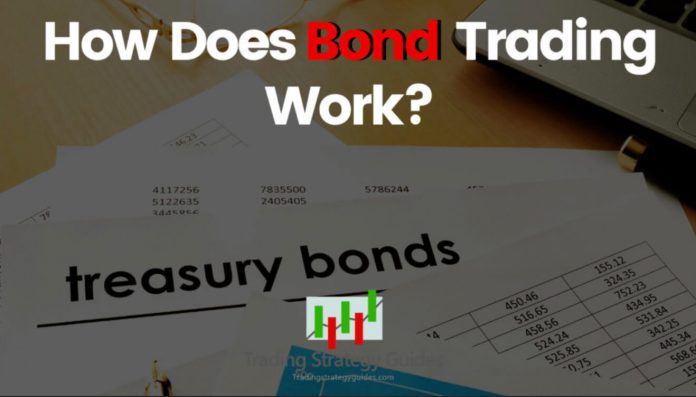 In these days of governments borrowing huge amounts of money, I went looking for explanations of what these terms are:

Even bond traders find it hard to get a handle on what bonds are. In his novel Bombardiers, author Po Bronson writes a scene where a bond trader refuses to work any more and demands to see an actual bond, “any kind of bond”.

He tells his boss he can’t sell bonds “if he’s never seen one”.

Like many things that used to exist physically, they’re now mainly numbers on screens, but it helps to get a picture. 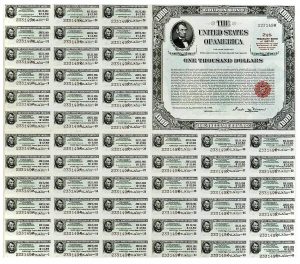 The biggest part of the paper is a promise to repay the US$1000 it cost, in 27 years time.

The smaller rectangles are called coupons, and each year the owner can tear one off and take it in to get 2.5%.

If the owner wants to sell the bond to someone else (and bonds are traded all the time) it’ll be sold with one coupon missing after one year, two coupons missing after two years, and so on.

For half a decade now bond rates have been falling. They’ve fallen further during the COVID crisis, making bonds a doubly good investment. They offer superannuation funds and others certainty at a time when everything seems uncertain, and if rates continue to fall they increase in value.

It is an indictment of our times that so many investors want them. The Australian government’s office of financial management is going to need to sell an extra $167 billion over the coming year. The rush to buy suggests it could sell more.