You Stupid Boy
Home Guest Post Whats Good For America, is bad for the left.

Whats Good For America, is bad for the left. 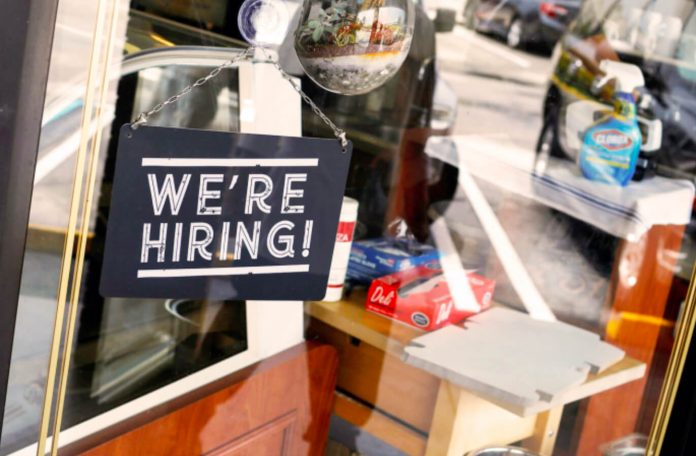 What kind of people, in their mad desire to get rid of Trump, would want to trash their own countries economic recovery?

“This is better than a V,” Trump said at a news conference, referring to the country’s recovery curve. “This is a rocket ship.”

The Bureau of Labor Statistics said a net 2.51 million jobs were created last month, compared with a forecast of a loss of 9 million jobs. The figure pulled the unemployment rate down by 1.4 percentage points to 13.3%.

“I think you’re going to have a very good August, maybe July. Maybe a spectacular September,” he said.

“It’s affirmation of all the work we’ve been doing,” Trump said.

Trump made his comments amid the coronavirus pandemic, which the president repeatedly referred to as “the China Plague” during the news conference.

And it comes amid nationwide protests about the death of George Floyd, an African-American man who was killed while in police custody in Minneapolis.

Four former officers have been arrested in connection with Floyd’s death.

Trump criticized governors who have been slow to reopen their states in an effort to slow the spread of the potentially deadly disease.

“The ones that are most energetic about opening are doing tremendous business, and this what these numbers are all about,” he said.

Trump has been criticized about a controversial decision to clear peaceful demonstrators protesting Floyd’s death out of a park near the White House so he could walk over to a historic church and hold up a bible before news cameras.

But Trump maintained his combative stance, saying he hoped governors “also use our National Guard.”

“Call me,” he said. “We’ll be ready for them so fast their heads will spin.” 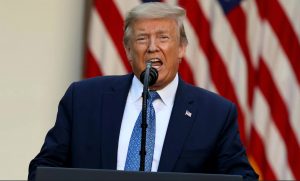 The president also took a Twitter shot at his presumed Democratic rival. “Oh no, the Dems are worried again. The only one that can kill this comeback is Sleepy Joe Biden!”

“Today was a shocking jobs number – and for the first time this year it was a positive shock,” said Chris Zaccarelli, chief investment officer for Independent Advisor Alliance.

[“It’s] very encouraging to see workers being recalled back by their employers and the unemployment rate dropped back down in May.”

Zaccarelli added that “at 13.3%, we are still at a higher rate than any that we hit during the Financial Crisis in 2007-2009, but as long as that continues to move lower, it will show that the reopening of the economy is proceeding smoothly.’

Previous articleFollow the money
Next articleHave Your Say

Deaths in New Zealand have shattered previous records with a mask mandate and one of the world’s highest vaccination and booster rates. In fact,...
Read more
Uncategorised