You Stupid Boy
Home US Politics What's in it for Joe?

What’s in it for Joe? 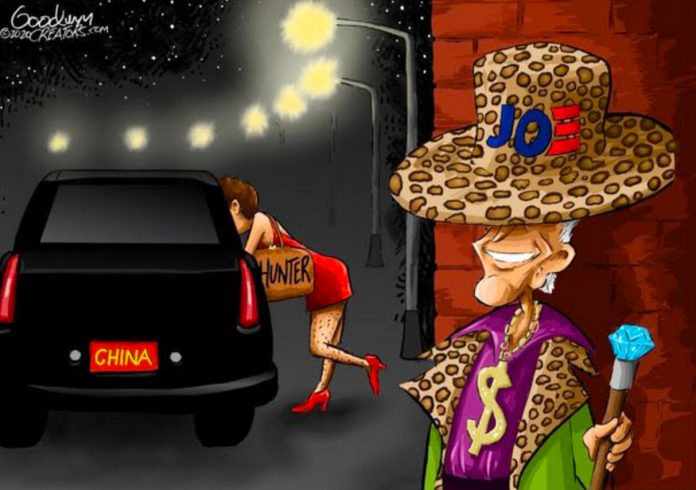 As the corporate media continues to largely ignore the Biden family corruption scandal, The Federalist Senior Editor Mollie Hemingway is asking why foreign companies paid the Biden family in the first place.

“We do know from some of these documents that they were trading on their family name. They were pretty clear that what they had to offer was the family name, but it’s not just the name, it’s ‘What does this money get you?’” she continued.

While Hemingway noted that trading money for access is often legal, she also asked which American policy goals motivated the overseas companies to pay the Biden family and how they may have compromised U.S. policy.

“The bigger question is what were the policies that these Chinese companies or the wife of the Moscow Mayor or the Ukrainian companies, what were the policies of the U.S. that they were trying to influence? And how did giving money to Hunter and James Biden help them accomplish their policy goals? That’s something that’s very much worth looking into,” Hemingway said.

While Hemingway cautioned against rash investigations by the Justice Department, she acknowledged that Joe’s clear involvement in Hunter’s business dealings warrants attention.

“Those things are usually not a great idea, but they’re put in place primarily for conflicts of interest and this is a pretty standard conflict of interest when the president-elect himself is somewhat involved,” Hemingway said.

“There’s eyewitness testimony saying [Joe] did know about this family business,” she continued. “He has denied knowing it. He’s falsely said it was Russian disinformation when it’s clearly not. It might be the only way forward for the Justice Department for people to have any trust in what they do when they go through this investigation.”

When asked if Trump should pardon Hunter for his crimes as one last effort to spite Biden, Hemingway said that while it would be an “epic troll,” the media would still refuse to cover it.

“I’m not sure this would work on any level because the media would just continue to ignore the entire story rather than treat it as the epic troll that it would be,” Hemingway concluded.

Previous articleIvermectin and the Virus
Next articleHave Your Say