Wheels Falling Off The COL 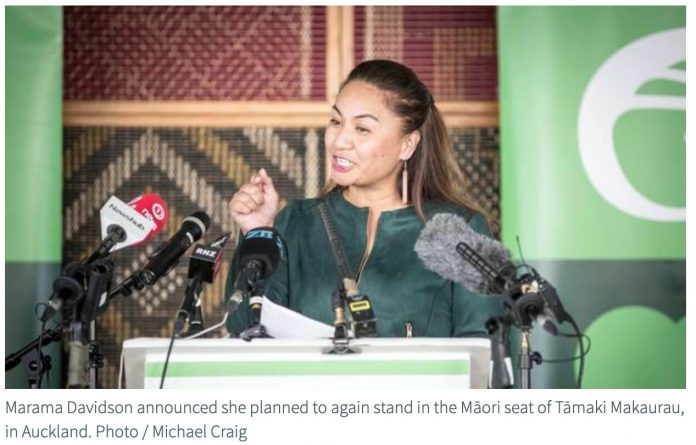 The war of words between the Green Party and New Zealand First continues to rage as Green Party co-leader Marama Davidson appears to have taken aim at outspoken NZ First Minister Shane Jones.

In a speech in Auckland this afternoon, Davidson also announced she planned to again stand in the Māori seat of Tāmaki Makaurau, in Auckland.

She campaigned for the seat in 2014 and 2017, both times losing to Labour’s Peeni Henare.

The Tāmaki Makaurau seat is home to the Ihumātao site, which has been in the political spotlight for months.

Davidson has sided with those occupying the land, who want to see it returned to the mana whenua.

At the moment, the land legally belongs to Fletcher Construction but the development of housing has been halted while a solution is being found.

Last year, Davidson told Parliament that what is happening at Ihumātao was a “continuation of colonisation” and said there was “definitely a role for the Government to play”.

The Government is rumoured to be close to finalising a solution on the issue.

In her speech today, Davidson thanked “the protectors” of the Ihumātao site, such as SOUL co-founder Pania Newton.

“When others belittle you, your power grows stronger due to the tens of thousands around the country who support you.”

This appears to be a subtle jab at Jones, who has been critical of Newton in recent days.

But Davidson told media she wrote the speech before Jones made the comments.

He called her a putiputi – meaning a young flower – during his visit to Rātana last week.

A group of 100 Māori academics, activists, artists and political commentators have released an open statement calling him a bully, and some want an apology.

In response, Jones told RNZ: “I am in no way swayed by this constant social media grandstanding by our young putiputi, Pania.”

Asked about Jones’ comments, Davidson said Newton was “pretty strong [and] able to stand up for herself”.

She said Jones had upset “many, many of Pania’s supporters” and those are valid feelings for them to have.

He said that sort of advocacy was “eco Bible-bashing”, saying it was a form of absolutism he and his party wholeheartedly rejected.

In response, Shaw said his comments were “based on science”.

In her State of the Planet speech in Auckland this afternoon, Davidson said she would be seeking the Greens nomination to be the Party’s Tāmaki Makaurau candidate.

As co-leader, she is highly likely to get the nod.

Previous articleHave Your Say
Next articleWho Is Next, Trump?