You Stupid Boy
Home Guest Post  When Will The Lying Stop?

When Will The Lying Stop? 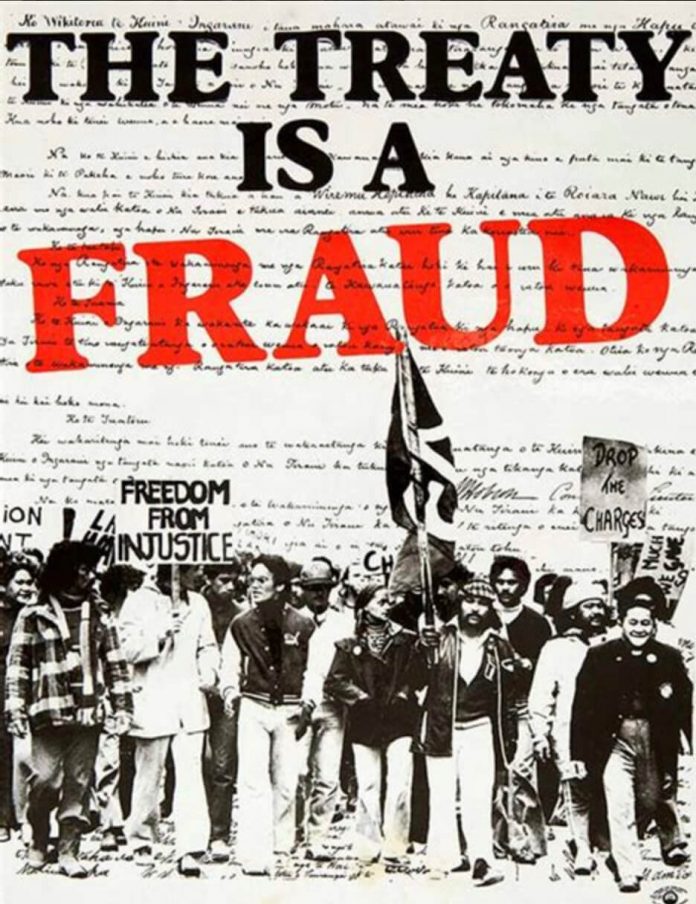 Might be a bit of Maori stuff you are not aware of !!!!

Pondering on Funding and Delivering on  Maori Wish Lists.
In the past, New Zealanders who wished to choose, follow and support alternative or separate areas of interest in religion, education, health and a multiplicity of other endeavors created the entity and funded it themselves,  or sought funding from like minds and people with similar interests. That a select group of Maori radicals wish to impose far-reaching racial separatism and further expect the whole country to fund their political wish list is utterly ludicrous and totally untenable.

Many Maori tribes have considerable land and business resources, as well they have substantially benefited from government payouts under their Treaty of Waitangi claims. Amongst such tribes is Ngai Tahu, reportedly worth $37 Billion.  Therefore, Maoridom has sufficient resources to fund its own endeavors, enterprises, beliefs, and needs. However, cunningly, Ngai Tahu for example pays no taxes, it is listed and classed as a charity. There is little trickle down to impoverished Maori from this charity. In fact, the government picks up and pays for all those needs out of the public purse. Ngai Tahu is blatantly double-dipping. It is a very elite, big, big business. It should be delisted as a charity. (so should Sanitarium). Unless tribes such as Ngai Tahu actually change their modus operandi and become transparent bonafide charities, which would entail supporting all Maori in need, not just benefiting the well-connected few, then they should be taxed as any other business entity. 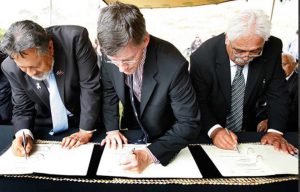 To support Maori self-determination and advancement it would be feasible to direct all taxes paid by those identifying as Maori to fund the Maori wish list of separatism in health, education, and social welfare. The rest of the country would continue to access and support the facilities already in existence which have been developed and paid for through taxes since 1840. Once on the Maori electoral roll then any Maori and his/her dependents could access support from Maori-directed initiatives, however, access to both systems would be precluded, no more double-dipping, no more gravy train, what you put in limits what you get out.

Political apartheid,  must not and cannot be allowed to assume control in a democratic country such as New Zealand.

Separatism supported and paid for and funded by the government is not an option.

As always, an excellent article by Amy Brooke

Political corruption may always be endemic, but moves by our powerful, now immensely wealthy neo-tribal corporations have become so blatantly cynical they are arousing resentment throughout New Zealand.

When the constant, opportunistic claim comes that anti-Maori discrimination is such that Maoris are over-represented in all areas of disadvantage throughout New Zealand, few ask to see the actual evidence by asking who is actually Maori? These claims are routinely made by wealthy individuals – such as one former Maori MP earning hundreds of thousands of dollars annually sitting on Maori boards and trusts – reportedly owning close to $5 million in property and other assets, while constantly complaining colonisation has failed Maoris.

However, those making the most strident complaints seem in no hurry to repudiate the advantages which accrued as a result of European settlement – comfortable housing; heating; medical care; European clothing; supermarkets; cars; deep freezers; cellphones; computers, and so on.

European scientific discovery and technological wizardry gave Maori, too, the ability to fly anywhere in the world, and to share in all innovations. So little was discrimination practiced that no full-blooded Maoris can be found in New Zealand.

Every race has its villains – as any history of co-settlement makes plain. But New Zealanders became proud of being One People – as Captain William Hobson wished. History records many Maori chiefs who signed the Treaty of Waitangi being greatly relieved to now be under the protection of the British Crown, sharing the same legal rights as all other New Zealanders – as were the slaves and those aware that the vagaries of internecine warfare had them in line to be eaten, according to the barbaric and brutal practice of cannibalism.

Most part-Maori today share the same values as all other New Zealanders, anxious for their families to be cared for and to prosper, working to achieve success in the trades, professions, and on the land – as so many do. But not activist extremists and neo-tribal hierarchies, who, in spite of achieving multi-million dollar settlements for past grievances – some justified, others arguably fraudulent – don’t desist from demanding more and more ‘compensation’ from other New Zealanders.

Their constant complaints are that the supposedly detrimental effects of colonisation on the original Polynesians still persist today. It does not lead them to surrender the taxpayer-funded Maori television channel – risibly contrived by claiming entitlement to this by the signing of the treaty – nor to surrender priority placings reserved in our universities, our medical and law schools and elsewhere for those claiming even a smidgen of part-Maori inheritance. And although Maoris caused widespread ecological disasters – such as burning forests to hunt the last great moas to extinction, as with the giant Haast’s eagle, with its habitat destruction and the extinction of its prey – their neo-tribal descendants are now claiming special consultation rights throughout New Zealand on the grounds that Maori have superior conservation insights in these areas.

These same hierarchies manipulatively claim to represent ‘our people’ – the majority of whom they demonstrably don’t. So where did all this start? Undoubtedly, indoctrinating young Maoris in neo-Marxist orthodoxies coincided with removing the definition of a Maori, restricted until the mid-Seventies to those with 50 per cent Maori genetic inheritance. It then became claimed that if one felt Maori, one was Maori – with today’s neo-tribes anxious to incorporate those with as little as 1/16 or 1/32 genetic inheritance, or even less, to swell the numbers of a particular iwi, and gain more political influence. However, I well recall the well-respected Whetu Tirikanete-Sullivan, MP, of Ngai Tahu descent, pan-Māori in her approach, arguing against this emphasis on tribal affiliation as divisive.

And what of a moral compass lacking not only among these iwi leaders but of lawyers representing them? In some instances, the latter has apparently been incredibly ignorant of the fraudulent nature of the claims of tribes engaging them in litigation against the Crown.

In others, has a factor been the perennial problem of competitive lawyers seeking at all costs to win against the opposition?

The Ngai Tahu settlement of 1998, for example, has been described as a swindle – much evidence presented blatantly untrue – much of it a misrepresentation or twisting of actual facts. It has been well claimed this third ‘full and final settlement’ – with arguably unwarranted top-ups such as sole right to whale-watching in Kaikoura or to South Island greenstone (long carried north for barter by a prior, established tribe) – should never have been ratified by the government. Since its last supposedly final settlement, Ngai Tahu have contrived more handouts – even the right to plant their trees on Crown land which should belong to all New Zealanders.

However, most memorable are statements made at the time by the leaders of both Ngai Tahu and its powerful competitor, the Waikato/Tainui tribe. Robert Mahuta, known as Bob, the principal negotiator of its multi-million dollar settlement, was the father of Nanaia Mahuta, Jacinda Ardern’s highly controversial spokesperson on foreign affairs and local government issues – including the quite shocking Three Waters attempt to wrest assets from local ratepayers for basically iwi control.

When it was pointed out to Bob Mahuta at the time of the settlement how much this would be able to advantage needy tribal members, his reply was that the money would go instead to the young of the tribe, those who were committed to learning Maori and enrolling in university, law, and media courses – for the ultimate benefit of tribal advancement. The Ngai Tahu leader’s response to the suggestion that their poor and disadvantaged could now be taken care of was to the effect that they were no-hopers – it was up to the government to take care of them.

With the Maori economy now worth an estimated $70 billion, the affluent corporatised iwi, largely exempt from even paying taxes, still constantly claim disadvantages – for example, that the New Zealand health system discriminates against Maoris – against plenty of evidence it has long worked hard to treat all, irrespective of race, now even prioritising those of Maori descent.

However, the Ardern government’s attack on our democracy to give more and more advantages to part-Maori, even planning for their votes to count more, has at last become the tipping point for New Zealanders.

And above all, an important question needs addressing:

When is the constant lying going to stop?

Previous articleWhy did the monstrous T. rex have such tiny arms?
Next articleHave Your Say

An Open Letter to Jacinda Ardern Dear Prime Minister It’s been well over two years now, over 90% of the country is double jabbed, nearly the...
Read more
Guest Post

My son and I were looking at the vax figures on both sides of the Tasman Here are the figures from NZ health today At first...
Read more