You Stupid Boy
Home NZ Politics Where will the work come from.

Where will the work come from. 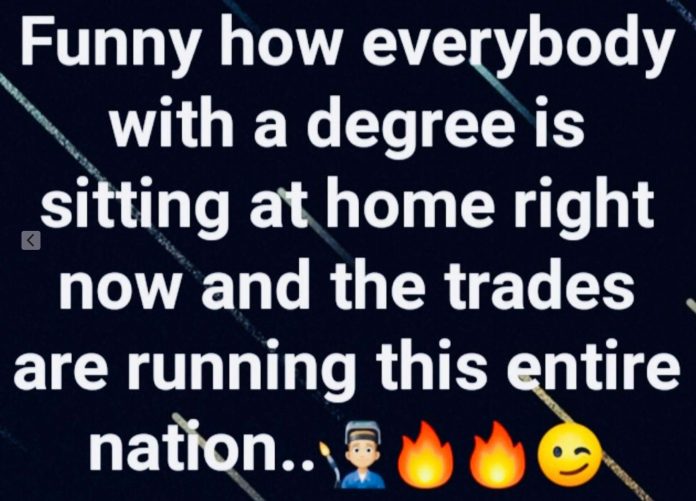 Storm about to hit young workers

The Global Financial Crisis badly hurt the employment prospects of young people about to enter the workforce. Roger Smyth writes that Covid-19 will have a deeper impact, and the Government needs to respond better this time.

Unemployment soared in 2009 as the GFC hit, with the unemployment rate among those aged 15-19 reaching nearly 25 percent in 2012.

For those aged over 25, unemployment rose from 2.3 percent in 2007 to 4.7 percent in 2012, before beginning to fall. The GFC was not comfortable for those over 25. But it was nothing like what hit the young.

Of course, many of the unemployed youth were still in education, marking time while waiting, watching for work opportunities. But between 2009 and 2012, more than 9 percent of 15-19 year-olds were not in employment or education or training (NEET). Among 20-24 year-olds, the NEET rate hovered around 18 percent.

In the build-up to the 2008 election, the National opposition promised a new education programme for young people at risk – a “youth guarantee”. National won that election and the Youth Guarantee (YG) was rushed into place as a means of softening the impact of the GFC on the young, providing an alternative for those who couldn’t fit into school and who had struggled to gain a qualification. That looked great: education leading to a qualification and so – we assumed – to some protection against unemployment.

Even for young people with high qualifications, the GFC hurt. Having a tertiary education qualification gave some protection against unemployment, but from 2010, starting salaries for young graduates fell. It’s hard to cut the wage of those already in work, but employers can easily recruit at lower pay rates.

So YG looked like a great initiative, providing education in a different environment leading to a qualification – and therefore, we all assume, greater protection against unemployment. And YG was well-timed to create an option for the young just as the need grew.

How well did the Youth Guarantee scheme work?

Monitoring reports on the YG policy looked at what happened to those who took the programme and compared that with young people who were similar but who did not participate. That comparison group was selected to match the participants in age, gender, ethnicity, educational achievement and social and parental background.

That comparison gives an idea of whether the outcome was likely to be due to participation.

The goal of the programme is to improve employment and to reduce the chances of being on a benefit. So, monitoring checked if those who had taken YG were more likely than the comparison group to get sustained employment, be NEET or be on a benefit.

Looking at the final monitoring report, we see that YG succeeded in keeping people in education longer. Around a quarter of those on the programme would have been unlikely to have taken education if they hadn’t participated. Those who took YG were more likely to get NCEA Level 2.

But employment outcomes were problematic.

In other words, YG had some education benefits, but those benefits didn’t translate into employment. That raises questions about the value of the programme.

This monitoring was rigorous and of high integrity.  But the comparison group isn’t a pure “control group”, as is used in clinical medical trials. It was selected using observable factors – age, ethnicity, gender, educational achievement and social and parental background.

There may be differences between the two groups that can’t be measured – like personality traits, family influence, career and study preferences.

So, the fact that the YG group had worse employment outcomes may not be entirely because of their participation in the programme.  But the evidence strongly suggests that taking YG was ineffective in reducing the risk of poor outcomes.

That should raise concerns now, as we contemplate an uncertain future. YG is a key tool for supporting vulnerable youth, but there are good grounds for challenging its effectiveness.

What have we leaned?

In 2019, the Ministry of Education released important research about programmes for young people at risk of poor outcomes, those who are most at risk as we face the looming recession.

That research reviewed the international literature on programmes like YG. That showed that there are two key factors that influence employability.

Programmes without an on-job focus are usually ineffective. They can even be harmful if they lock people into lower-level training rather than giving experience of job search and building work experience. If educational results are the main measure of success, a programme will likely be ineffective.

How should we target our programmes?

The Ministry review also suggests that programmes need to be carefully targeted to those at risk. And that raises another question about our current practice.

The researchers looked at the factors that indicate risk of long-term limited employment – that includes part-time, casual or precarious work, as well as being unemployed.

People at risk of poor employment outcomes have factors such as intergenerational benefit dependency, having had contact with Child, Youth and Family or with the justice system as well as leaving school with no or low qualifications.

Around 8 percent of 24-year-olds are at high risk of long-term, limited employment/unemployment. Many of those people are missed in the current NEET definition (while many NEETs are actually of low-risk). Programmes designed to address employment risks should be targeted at that group.

What should happen next?

If YG is ineffective, it’s time to do what the research tells us. We have known for four years that YG wasn’t working. Over the last few years, when the labour market was healthy and when other priorities have taken everyone’s attention, the government didn’t seem interested. With a recession looming, action is needed. Now.

This isn’t the time for politics; neither major party has anything to be proud of. We need to think urgently about how to design a fresh approach, one that takes account of what we have learned. It takes a long time and lot of work to develop and design what we need. So, the Government needs to get this started. Before it’s too late.

All the signs are there, that the shit is about to hit this low paid group. What does the government do? Increase the minimum pay rate at the very time the unemployed need unskilled work the most. Anyone can go and flip burgers, and ask if you want fries with that.

I guess our PTPM has a calling in this area in that she was a server in a chip shop in Morrinsville. I wonder if she had the nouse back then to ask if you wanted extra salt with your order? Nah I doubt if she thought about anything else but her self.

Previous articlePiss Off UN.
Next articleWho Needs The WHO?