While Ardern Pontificates To Us Plebs 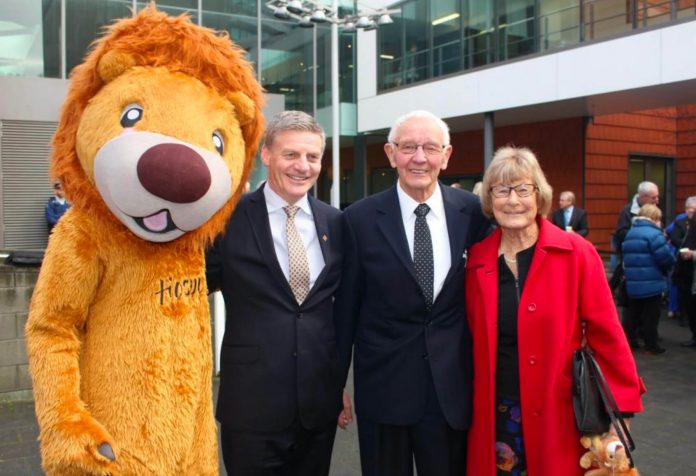 Here is the latest Media Release from COLFO F&R Campaign.
You might also like to sign David Seymours Petition to stop the government sneaking through unrelated legislation without public scrutiny during the current emergency.
https://www.act.org.nz/nonurgent
All the best,
Phil
SSANZ Sec.
COLFO rep.

A philanthropist known for funding the construction of the Wellington Children’s Hospital is supporting the Council of Licenced Firearms Owners’ (COLFO) campaign against the Arms Legislation Bill.

Mark Dunajtschik has endorsed COLFO’s campaign in a new video in which he details his background, his passion for deerstalking, and reasons why a firearms register will not work. The long-time patron of the New Zealand Deerstalkers Association also outlines why the bill being considered by Parliament would impose unnecessary costs upon clubs.

Dunajtschik, 85, is well-known as a property investor and philanthropist, but has also been a keen outdoorsman and hunter his entire life.

In the interview, Mr Dunajtschik says the proposed register of firearms will not work because criminals and gangs will refuse to register their firearms. He also discusses the history of one of New Zealand’s most popular firearms, the .303, which was originally a weapon of war before its widespread adoption by Kiwi hunters.

“Some politicians have imported a false idea of who and what a firearms owner is, to make it easier for them to demonise ordinary New Zealanders.

McKee says that Mr Dunajtschik speaking out has helped dispel some of the myths around who New Zealand’s licenced firearms owners really are.

“Every week thousands of responsible Kiwis from all walks of life use their firearms for target shooting, pest control and hunting. They are labourers, tradesmen, farmers, businesswomen and professionals united by their sports and hobbies of choice.

“Firearms owners are as diverse as modern New Zealand in their backgrounds, professions and lifestyles. Whether they were born here or, like Mr Dunajtschik, moved here to make this country their new home, New Zealanders have a strong track record of safely and responsibly using firearms.”

“We applaud Mark Dunajtschik’s courage in speaking up for what is right and hope that others will join him in voicing their concerns over the Arms Legislation Bill.”

COLFO’s interview with Mark Dunajtschik is available to watch here.