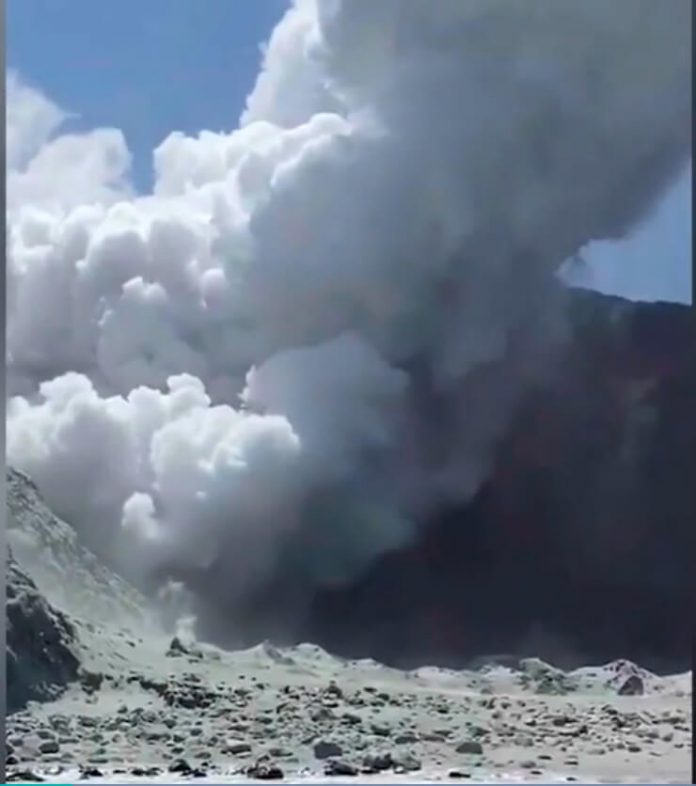 No signs of life, unlikely survivors are left, police say

What you need to know:
* At least five people have been killed after Bay of Plenty volcano White Island erupted on Monday.
* 47 people were on the island at the time of the eruption
* 8 people remain missing, believed dead, on the island
* 31 people are being treated at 7 hospitals, with many in burns units throughout the country
* 3 people have been discharged
* Four helicopters were able to land on the island and remove people in the immediate aftermath of the eruption. It is understood helicopters were able to respond within minutes
* Police say they have seen no signs of life in reconnaissance flights, and they do not believe there are any more survivors on the island.
* Volcanic activity was continuing on the island
* It wasn’t safe for emergency services to return to White Island on Tuesday, but NZDF was deploying drones on Tuesday
* Both New Zealanders and foreign tourists are involved. At least one of the dead is a local man.
* The volcano was placed at alert level two by GeoNet before the eruption, amid increased activity.
* Tourists were visiting the island with White Island Tours and Volcanic Air, with many coming from the Ovation of the Seas cruise ship.
* An ash plume reached 3657 metres above the volcano, and was visible from the mainland.
* NZ Red Cross has activated the Family Links site for people wanting to register themselves as safe or register an inquiry about a loved one. Families can also use the police 105 number.
*White Island’s last eruption was in 2016.
Latest update 8 now dead.
Let us hope this is not replay of the police cockup that was Pike River. With Timms in charge, I have very grave fears that this might indeed be the case.
Previous articleCindy Shunted off the world Stage
Next articleHave Your Say