Who Are the “Four Horsewomen of The Apocalypse” 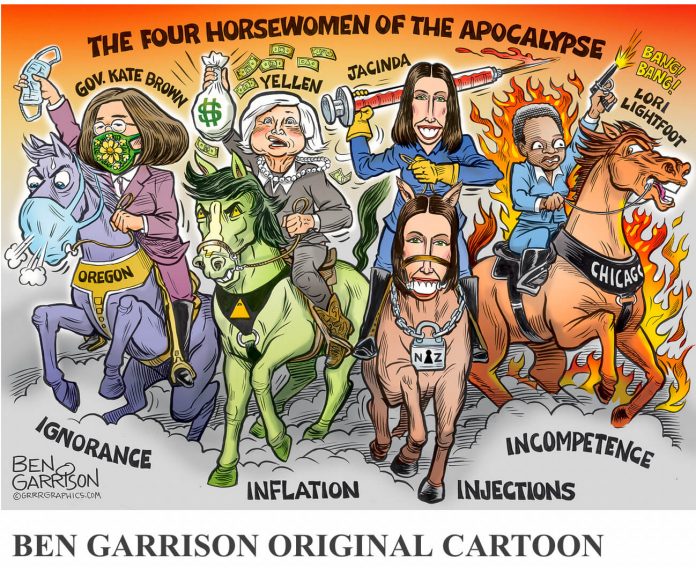 1. Ignorance
In her quest to make everyone ‘safe,’ Oregon’s Governor Kate Brown has mandated permanent mask wearing for everyone in her state.

2. Inflation
Janet Yellen was a Federal Reserve Chair who helped lead the parade of rising stock prices through constant quantitative easing. We are now seeing the result of constant printing: Out of control inflation.

3. Injections
New Zealand’s Prime Minister Jacinda Ardern’s net worth continues to grow. Some say she has amassed a $10 million fortune. Others say it’s as high as $25 million. Like Hillary, she no doubt engages in pay for play and what’s now in play in New Zealand are Covid injections. Lots of them.

4. Incompetence
Just because a woman reaches a position of power doesn’t mean she’s any more competent than her male counterparts. In the case of Mayor Lori Lightfoot, her incompetence has lead to a disastrous decline of the once great city of Chicago.

Previous article50 Years Of Fearmongering
Next articleHave Your Say