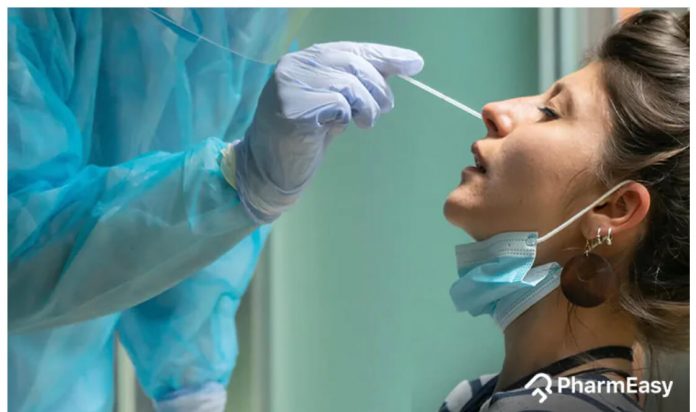 WHO: PCR Tests At High CT Probably All False Positive

The fact is that we will never have freedom again if we do not address the misuse of the emergency powers with the science. In this latest newsletter I have demonstrated that there was never any ‘global pandemic’ – it is only a pandemic in name.

The 2 scientific arguments that completely demolish the claim that we have a ‘public health emergency’ of COVID19 are:

1) The ‘cases’ that have been used to declare this emergency situation are healthy people without any disease symptoms.

In December 2020 the WHO declared that any result from a RT-PCR test that was amplified at a high cycle threshold (CT) e.g. above 35 CT is potentially 100% false positive.  This leads us to question all the reported ‘cases’ of COVID19 disease in Australia in 2020. This is because Australia has reported that it was using this PCR test at a CT of 40-45  and most of the reported ‘cases’ were people without symptoms.

The question now is ‘What cycle threshold is the Australian government using in 2021?’ Has it been reduced at the same time as the vaccine was introduced to give the appearance that the vaccine has caused a decline in the cases of this disease?

The WHO says that in 2021 a manual readjustment of the PCR positivity threshold must be done to account for background noise in specimens with high cycle thresholds.

There is no transparency in the use of this test that is now allowing government’s globally to claim that healthy people without disease symptoms are an asymptomatic case of disease. This also enables the government to claim that healthy people are a risk to society. This is criminal and this is being based on a PCR test that is not a diagnostic tool for any disease.

Many doctors and scientists are stating this and they are being ignored and censored. Here is the inventor of the test, Kary Mullis, also stating ‘it is not a diagnostic test‘. It should never be used when symptoms are not also present.

In addition, it is these ‘cases’ that have been used by the government to enact the emergency powers. Yet the definition of a pandemic that is based on an increase in ‘cases’ of a disease has not been validated by the scientific community. It is not a scientific definition if it has not been validated by the community of scientists – only by elite individuals.

The case-tracing of healthy people with QR codes is fraudulent and it is enabling more ‘cases’ of disease to be obtained and more healthy people to be locked up and falsely declared a ‘case’ of disease. This is industry-pseudoscience, and it has all come about because the WHO allowed a small group of individuals, with financial conflicts of interest with industry, to adopt an unscientific definition of a ‘global pandemic’.

This makes the use of the emergency powers invalid and all the directives that have been enacted to control this non-pandemic of a flu-like illness. Please read the full article describing the unscientific definition of a pandemic that has been used by governments and also watch the interview with Elizabeth Hart on Asia Pacific Today.

This interview describes the full extent of the Australian government’s conflicts of interest in promoting an untested drug in the population. She also describes the complicity of the mainstream media and research institutions in this fabricated and well planned ‘pandemic’ event.

This crime against the population has also been perpetuated by governments deliberately suppressing the treatments for respiratory viruses that are known to be beneficial. Here is Craig Kelly presenting his evidence of this suppression to an empty Australian parliament. This picture illustrates the type of ‘democracy’ that we have in Australia today. The people’s voice is not being heard by our government.

Here is the video of Dr. David Martin explaining to the International Criminal Court that there was nothing novel about the 2019 coronavirus. This is because it had been patented between 2008 – 2017 under gain of function research carried out in the US and in Wuhan, China.

In addition, the fact that it was a mutated coronavirus means that humans would be expected to have some previous immunity to this virus because these are a family of common respiratory viruses that cause the common cold.

This is a media campaign, not a pandemic, using statistics out of context to encourage the community to accept the governments new regulations that restrict our fundamental rights and freedoms, ultimately harming our health and wellbeing.

You can bet the tests used here in NZ are more than 35 cycles. Therefore, according to WHO, they are all false.