You Stupid Boy
Home Leftie Stupidity Who cares what they think

Who cares what they think 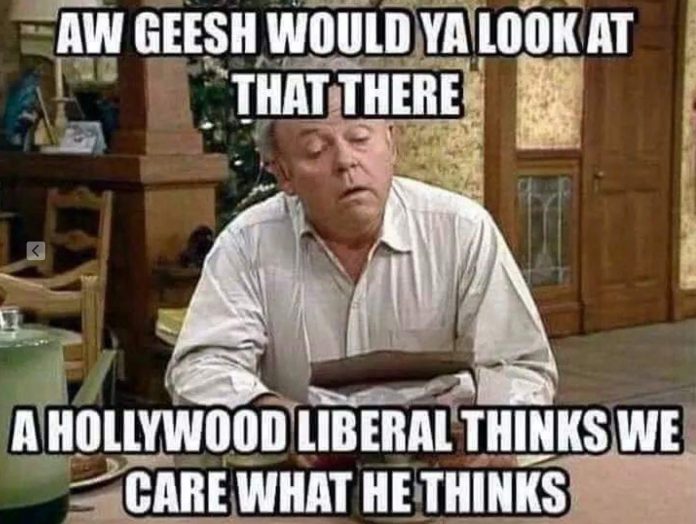 Hollywood celebrities including Madonna, Robert de Niro, Barbra Streisand and Jane Fonda are among the names of 200 scientists and entertainers calling for “radical change” in the world rather than “a return to normal” after the coronavirus lockdowns. 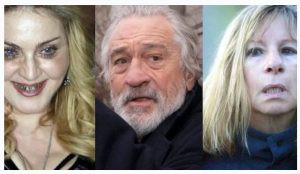 The Hollywood celebrities are pleading for an end to “unbridled consumerism” and are demanding the “radical transformation” of capitalist economies to help save the planet, according to reports.

‘The pursuit of consumerism and an obsession with productivity have led us to deny the value of life itself: that of plants, that of animals, and that of a great number of human beings,‘ the short letter added.

‘Pollution, climate change, and the destruction of our remaining natural zones has brought the world to a breaking point.’

The open letter was penned and led by actress Juliette Binoche and astrophysicist Aurélien Barrau. A host of Hollywood stars including Joaquin Phoenix, Sting, Spike Jonze and Monica Bellucci also added their names to the open letter published in the French daily Le Monde.

‘We believe it is unthinkable to “go back to normal”,’ said the letter which was also signed by Nobel peace prize winner Muhammad Yunus.

They said the pandemic was a tragedy but it was a chance for humanity to ‘examine what is essential’.

‘Adjustments are not enough. The problem is systemic,’ the letter added.

‘The ongoing ecological catastrophe is a meta-crisis. Unlike a pandemic… a global ecological collapse will have immeasurable consequences,‘ it said.

The 200 signatories (listed below) said it was time for leaders ‘to leave behind the unsustainable logic that still prevails and to undertake a profound overhaul of our goals, values, and economies.‘

Who signed the open letter demanding an end to capitalism as we know it?

And then we get this shit

Encourages citizens to report people who use terms to the authorities.

San Antonio City Council has unanimously passed a resolution that declares the terms “Chinese Virus” and “Kung Flu Virus” to be hate speech.

President Trump and many of his supporters have used variations of both terms as a reminder that COVID-19 did indeed originate in China.

This prompted the media and leftists to claim Trump was being “racist” despite the fact that viruses are routinely named after their place of origin.

“Resolution being voted on by San Antonio City Council this morning labels terms “Chinese Virus” and “Kung Fu Virus” as hate speech and “all persons are encouraged to report any such antisemitic, discriminatory or racist incidents to the proper authorities for investigation,” tweeted reporter Jaie Avila.

Apparently, a regular council meeting attendee called Jack Finger tried to speak against the resolution, but his mic was cut off.

Council Member Manny Pelaez said “hate speech is more dangerous than the virus itself,” despite the fact that the virus has killed over 76,000 Americans.

The resolution was passed unanimously. Expect similar versions of it to now be passed by councils across the country.

In taking such a stance, authorities are literally amplifying Chinese Communist Party propaganda, which has repeatedly cried “racism” when confronted with the fact that Beijing tried to cover-up the severity of coronavirus when it first emerged in Wuhan.

Previous articleProf fraud another good socialist .
Next articleHave Your Say