You Stupid Boy
Home Chinese Virus Who Do You Believe? 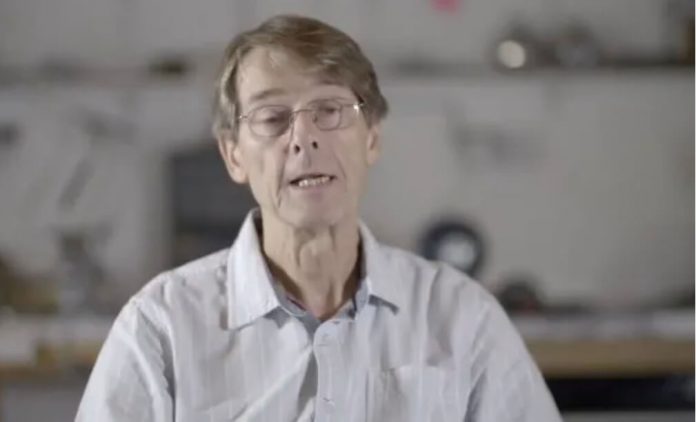 The Former Head Of Pfizer Sums Up The Current Virus Situation

It is quite clear to me that, whatever the truth is about the origins of the virus or whether or not it actually exists in the precise form that we’re told, certain things have happened & continue to happen. Very closely together in time, scores of countries simultaneously discarded their pandemic preparedness plans & instead adopted what I’ve dubbed the “Eight covid19 lies”.

What almost every government told their people was an absurd set of statements, most of them easily disproved by reference to published literature & often simply by thinking.

These statements were & remain untrue, every last one of them. When politicians make technical statements, it’s not reasonable to expect them to know whether it’s right or not. But when the advisory team guiding policy responses is invoked, as they usually are, untrue statements by those with good levels of knowledge & experience have no better description than lies.

These are not ‘slip-ups’, ‘well-intentioned mistakes’, ‘erring on the side of caution’ or similar. They’re deliberately misleading.

In all countries for which I have information, the communications were done with the guidance of people who’s professional jobs are psychological manipulators, sometimes called ‘PsyOps’, and used fear over anything else.

Once you examine these statements, you have all the evidence needed to show to a receptive, open minded person that indeed we are all facing a heavily manipulated situation.

While I recognise there’s a constant flow of important new information, such as the time ordering of patents, people apparently becoming magnetised after vaccination, the concept of ‘shedding’, graphene oxide in the vaccines etc. I’m more than happy to benefit from others diligence on all these emerging items, and not to invest time I don’t have myself.

I’m not convinced that many of the usual institutions are operative, and so I’m not aiming to influence them (in U.K. for example, Parliament).

I may be wrong to do so, but I’m now aiming solely at the general public. I have given & will continue to give interviews on the theme of the “Eight covid19 lies”.

I put it to the list that while interesting, it’s not necessary for the purpose of trying to wake up the public to know & tell them about anything more that proves beyond doubt that there’s massive SV scale fraud & deception going on.

There is no possible benign interpretation of the fact that we’re all being lied to, for between 15-18months. None whatsoever.

All that has been accomplished is destruction of the economies of many G20 countries, wrecking of civil societies, substantial, avoidable loss of life (often through deprivation of healthcare) and a pervading sense of fear, everywhere.

Additionally, large & growing fractions of populations have been injected with new technology, experimental gene based vaccines, which have been associated with rates of death shortly afterwards of 1-2 orders of magnitude greater than any previous public health prophylactic vaccine.

Everywhere they are steamrollering appropriate objections to vaccination in people who cannot benefit from this intervention, yet certainly can be harmed or even killed by them.

We hear the imminent arrival of ‘vaccine passports’, which don’t enhance public safety yet grant to the state totalitarian tyranny over them.

There is no other interpretation that fits all the major facts, than that the goal is control through what will be the world’s first digital identity database.

What will be done with that power, we cannot be sure. My views or rather reasoned deductions are well known & I continue to stand by them.

There being immunologically no need or justification for 3rd & subsequent vaccines (booster, top-up, variant) the fact that they’re imminently to be administered to people en masse should send alarm bells ringing loudly.

Biotechnology has awesome power but it can very easily be misused. I am of the view that 3rd & subsequent vaccines may be used to initiate depopulation. The first generation vaccines I don’t think were deliberately made to be dangerous so they’re no guide at all to what might be next.

Bottom line, my intentions are best served by me continuing to give as many interviews as I can, alone or in groups, to those with the largest audiences.

This note is in no way intended to be critical. It’s just great that people are stepping forward. But I do believe in this world war, there are no Allies. No one is coming to save us. Time is marching on.

I wish us all the most persuasive skills in your efforts to persuade the persuadable. Many aren’t.

COVID Vaccines Bloody Travesty: From Shots to Clots By Joel S. Hirschhorn People face a difficult decision on whether or not to take an experimental or even...
Read more
Chinese Virus

India State of 241 Million People Declared COVID-free after Government Promotes Ivermectin The state of Uttar Pradesh in India, which has the equivalent of two-thirds...
Read more
Chinese Virus