You Stupid Boy
Home Chinese Virus Who knows The Truth?

Who knows The Truth? 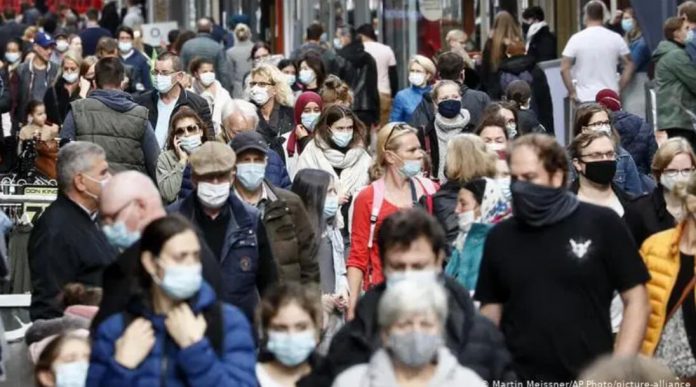 German scientists have discovered dangerous chemical substances in some of the masks on sale and used by the general public. The masks are mandatory in many countries to prevent the alleged infection and spread of the CCP (Chinese Communist Party) Virus.

They are also concerned that the continued use of these devices creates serious health problems for users, as they unknowingly breathe in carcinogens, allergens, and tiny synthetic microfibers deposited in their lungs, according to the alternative media Ecotextile on April 1.

Face masks being made and sold to the public do not meet the same standards as masks used by medical staff.

One of the specialists warning about these risks is Professor Michael Braungart, director of the Hamburg Environmental Institute and co-founder of the world-renowned Cradle to Cradle environmental standard.

“What we are breathing through our mouth and nose is actually hazardous waste,” Braungart argues.

“I can only say 100 per cent that I have similar concerns to Prof. Braungart,” noted leading chemist, CEO, and co-founder of Modern Testing Services Augsburg (Germany), Dr. Dieter Sedlak.

China is the leading country in the world to produce masks, and 85 percent come from factories linked to the CCP, which have raised concerns about certain deficiencies in the processes and the opacity of the supply chains, reports the Daily Mail.

The very use of the masks is controversial. Italian journalist Cesare Sacchetti argues that the pandemic is a hoax and illustrates the false protection attributed to the masks’ constant use by contrasting it with the decrease in Texas infections when the masks are no longer used.

“The covidiots claim that if everyone wears a mask, the fake pandemic would be over now. It’s quite the contrary. Since Texas lifted mask mandates, Covid cases dropped.”

He adds, “The “solution” of the system is the problem. The covidiots are those who are keeping alive the fake pandemic.”

And then I find this; 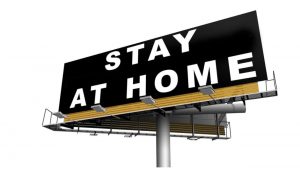 Following the Portuguese, German and Dutch rulings, now the Austrian court has ruled that PCR tests are not suitable for COVID-19 diagnosis and that lockdowns has no legal or scientific basis.

The Vienna Administrative Court granted a complaint by the FPÖ against the prohibition of its meeting registered for January 31 in Vienna.

“The prohibition was wrong,” the court said says in the ruling (read judgement below).

The court stated on the basis of scientific studies that the grounds for the prohibition put forward by the Vienna State Police Department are completely unfounded.

The court agrees with the statements in the complaint “on all points” and even goes far beyond the arguments put forward by the FPÖ itself.

In particular, the criteria and definitions used to determine the number of corona infections are being massively questioned.

It is expressly pointed out that, even according to the World Health Organization (which took a u-turn only after Biden took office), “a PCR test is not suitable for diagnosis and therefore does not in itself say anything about the disease or infection of a person”.

“However, the Minister of Health uses a completely different, much broader case definition for Covid-19 diagnosis, which cannot be used to justify the prohibition of a meeting.”

The court came to the conclusion that the “information” from the Vienna City Health Service, on which the prohibition by the Vienna State Police Department was based, “did not contain any valid and evidence-based statements or findings on the pandemic”.

Based on the definitions of the Minister of Health, “Case definition Covid-19” from December 23, 2020, a “confirmed case”

Thus none of the three “confirmed cases” defined by the Minister of Health meets the requirements of the WHO concept of “sick / infected person”. The WHO refuses to rely solely on the PCR test (confirmed case 1).

In a similar ruling, a Portuguese appeals court has ruled thatPCR tests are unreliable and that it is unlawful to quarantine people based solely on a PCR test.

A German court in a landmark ruling has declared that COVID-19 lockdowns imposed by the government are unconstitutional.

Thuringia’s spring lockdown was a “catastrophically wrong political decision with dramatic consequences for almost all areas of people’s lives,” the court said, justifying its decision.

It was then revealed that the German Interior Ministry hired scientists to develop fake coronavirus model in order to justify strict lockdown, according to extensive email exchanges obtained by a group of lawyers in a legal dispute.

Even the Hague Court has ruled that the COVID-19 lockdown which was imposed by the Dutch Govt had no legal basis and that it was illegal.

However, the Dutch appeals court oveturned the ruling within hours which ordered the government to lift the “illegitimate” measure immediately.

The appeals judges argued that they wanted to avoid what they called a “yo-yo effect,” referring to public confusion around whether the curfew was still in force.

Last year, an Italian politician had demanded arrest of Bill Gates in the Italian Parliament.

Sara Cunial, MP for Rome denounced Bill Gates as “Vaccine Criminal” and urged Italian President to hand him over to the International Criminal Court for crimes against humanity.

Then an Austrian parliamentary member exposed the defectiveness of the government’s COVID-19 tests by demonstrating in the parliament how a glass of Coca Cola tested positive for COVID-19.

Earlier, the Tanzanian President John Magufuli growing suspicious of the World Health Organization (WHO), decided to investigate the claims of the tests himself. He sent the WHO samples of a goat, a papaya and a quail for testing, all of which came COVID-19 positive.

Magufuli was known as “The Bulldozer” for his tough stance against corruption and for his hardline policies, which helped him to victory in October 2015 as Tanzania’s fifth president.

The European Union gave 27 million euros to Tanzania to impose COVID-19 measures prescribed by the WHO like strict lockdowns, masks and mass-scale vaccination.

Tanzania took the money, then declared the country coronavirus free. This led to the Europeans venting their anger in the parliament.

His sudden death has raised many questions including whether Tanzania’s President was assassinated for exposing the COVID-19 plandemic by taking controversial action against Big Pharma and the WHO and their global push for vaccines.

Even the Belgian health experts have demanded an investigation into the WHO for faking a pandemic.

In 2010, the WHO was caught faking a pandemic and was forced to admit that its methodology of measuring the virality or the spread of the disease, instead of its severity was incorrect.

As reported by GreatGameIndia last year, the President of Belarus had exposed that the World Bank coronavirus aid comes with conditions for imposing extreme lockdown measures, to model their coronavirus response on that of Italy and even changes in the economic policies which he refused as being “unacceptable”.

A major lawsuit has also been filed against the PM of Denmark for strict COVID-19 restrictions and for killing almost 17 million minks.

A three judge court in Peru has ruled that the COVID-19 pandemic was started by the billionaires Bill Gates, George Soros and Rockefeller.

Despite the ruling (read the resolution in full at above link), “fact-checkers” concluded that the Peruvian court had no evidence to make such a judgement citing declaration from the WHO and CDC who have lost all its credibility.