Who Never Saw This Coming? 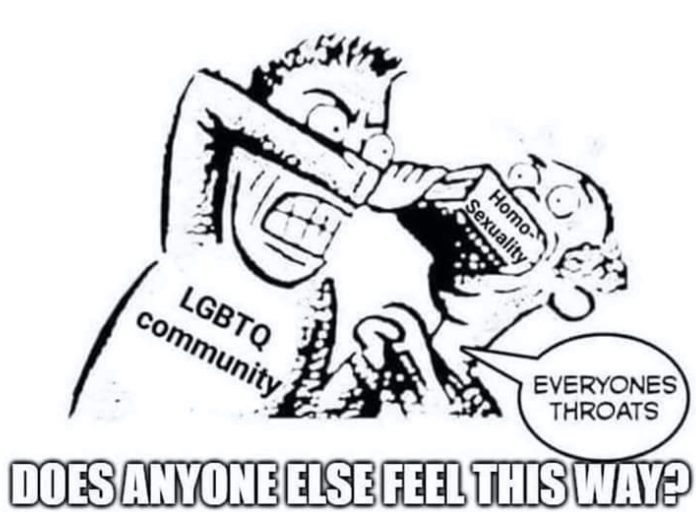 Filled with pride: LGBTQ-obsessed mother beats seven-year-old son to death because he refused to dress like a girl

Yet another innocent, under age boy has been brutally victimized by the Cult of LGBTQ for refusing to become one of them.

Seven-year-old Karol Rámon, as the media is calling him, was reportedly “beaten with a belt, a chair, a whip and even a hammer” by his lesbian mother, identified as Margarita, simply because he objected to her perverted fetish that he dress like a girl.

“In addition to the blow, they left him without food for days,” reports further indicate about the unspeakable suffering that Margarita and her partner inflicted on little Rámon, who’s just the latest casualty among many of all the “tolerance,” “inclusion,” and “love” being pushed on society.

By the time Margarita brought Rámon to a local hospital, he was reportedly already dead, his body “full of bruises, old scars, cigarette burns, and the marks ‘made by some large object,’” relays The Daily Wire about the incident.

In the years prior to being viciously murdered by his lesbian mother, Rámon had been brutally beaten “on the head and stomach, causing serious internal damage” by both his mother and her girlfriend, who had tried without success to convert Rámon into a transgender.

Rámon’s grandmother had tried on at least one occasion to gain custody of Rámon, but was unsuccessful. Margarita has since been arrested and charged with the murder of her son, and will now spend at least four months in pre-trial detention.

Another very similar gruesome incident recently occurred in Brazil, where another pair of lesbian “moms” murdered their nine-year-old son after cutting off his genitals in a failed attempt to turn him transgender as well – revealing that, sadly, these are no longer obscure incidents, but rather are a true reflection of where the Cult of LGBTQ is headed.

Little boys today are now expected to dress up in drag and strip for adult homosexual perverts. And if they don’t, they could find themselves beaten and stabbed to death by their “progressive,” LGBTQ parents or their LGBTQ-affirming “allies” for not being “tolerant” and “loving” enough.

The mainstream media is likewise pushing pedophilia as just another “sexual orientation,” which means that very soon you’ll probably be hearing about the need for LGBTQP rights – the P standing for pedophiles, which will eventually be just another color on the LGBTQP “rainbow.”

“A transgender child is like a vegan cat. We all know who’s actually making the decisions,” wrote one commenter at The Daily Wire. “This is simply a case of a child refusing to go along with the Munchausen Syndrome by Proxy of the parent, and the parent reacting violently at being denied the opportunity of being special.”

But this is what “pride” is all about, after all: embracing and celebrating every form of perversion, including the forced mutilation – and now murder – of children as human sacrifices to Moloch, the god of Planned Parenthood as well as the god of LGBTQP.

Contrary to popular belief, pride is not a virtue, despite widespread lies to the contrary. At its root, pride is a vulgar character flaw, and one of the deadly sins warned about in the Bible as preceding a great “fall.”

How fucking ridiculous does this have to get. How many young boys have to be killed before the left wake up to their stupidity in enabliing this to happen?

Jimmy two mums dodged a bullet growing up. Just as well he was in a time when moderation was a thing.