You Stupid Boy
Home Chinese Virus Who To Believe? 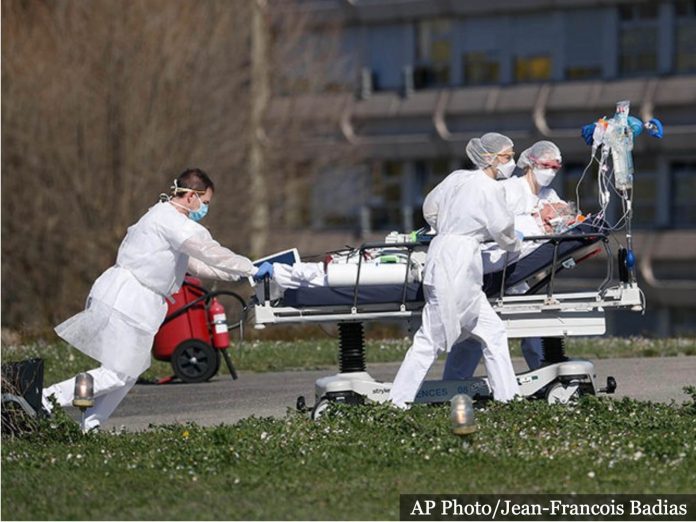 ROME — Dozens of Italian teachers called in sick Monday after getting inoculated with the AstraZeneca vaccine against the coronavirus over the weekend in Treviso, northern Italy, local media report.

Students in two area middle schools were sent home an hour earlier than usual due to insufficient teaching staff. At the Duca degli Abruzzi high school, 15 teachers out of 130 were absent, complaining of fever, malaise, and pain in the bones.

In a local primary school, San Domenico Savio, two out of three teachers called in sick with similar complaints of aggravated side effects from the vaccine that had left them incapacitated.

Now there is talk of some schools being forced to close for lack of teachers, the Tribuna di Treviso reports Monday, since “dozens and dozens” of local teachers find themselves unable to report for work.

The Italian daily Oggi Treviso reported on Sunday that 3,000 teachers had been inoculated on Saturday and another 2,500 were scheduled to receive the vaccine before the end of the weekend. All the teachers inoculated against the coronavirus were under 55 years of age and all received the AstraZeneca vaccine.

The vaccination campaign in Treviso is part of a nationwide program offering free coronavirus shots for Italy’s teachers between the ages of 18 and 55.

Late last week, the Duchess Elisabeth Hospital in Braunschweig, Germany, suspended its AstraZeneca vaccination program until further notice after 37 of its 88 vaccinated employees wound up confined to bed and unable to work because of side effects similar to those complained of in Treviso.

A Swedish region temporarily suspended vaccinations with the AstraZeneca vaccine in mid-February because more people than expected reported suffering from a fever after receiving the shot. Vaccinations with the AstraZeneca coronavirus vaccine were also halted at two locations in Lower Saxony after complaints from clinic employees about side effects.

What happened to the flu?

Just two people in Australia died from influenza between late April and November last year, and the overall number of recorded deaths across the country was significantly lower in 2020 than in ­recent years.

The fall was driven by fewer ­fatalities from respiratory diseases, including pneumonia and influenza, new Australian Bureau of Statistics data reveals, and comes despite almost 1000 Australians dying from COVID-19 in the same period.

What an interesting experiment!

Australia closed its border to the rest of the world, but scarcely locked down. Yes, Victoria (20% of the country) locked down for four months, and there were a few weeks of lockdown here and there, but for most of Australia most of the time there was no lockdown.

Conclusion: Flu deaths are driven by overseas travellers bringing new flu strains into Australia. The Australian population of 25 million is too small to sustain the flu. We reached sufficient herd immunity for the flu (with some help from the flu vaccine) to mostly die out here within a year.

So Australia could eliminate the flu locally by banning overseas travel. But even this biological gain comes at a cost. It would leave Australians vulnerable to newly developing flu strains overseas, to which we would have little or no immunity. When we did get infected, it would be much worse. It would be like when native Americans or Australian Aboriginals first came into contact with European and Asian diseases — it just wipes them out.

Btw, researchers reckon that measles only developed some 6,000 years ago. Before then the human population was too small to sustain such an infectious disease. A bigger population can sustain more infectious diseases, without the disease ever dying out. (To help see this, take it to its logical extreme. Consider a population consisting just of your family, biologically isolated from the rest of humanity. Once your family gets rid of a disease, it’s gone for good from your family.)

All of which rather points out how wrong the people repeating the Chinese propaganda were, that covid is “just a little flu” or “no worse than the flu”. Sure. Covid killed a thousand Australians while flu killed just two.

Cindy being kind and keeping the borders closed to protect her family of 5 million, might have had a unintended consequence.

One can be generous her and say we told you so.