You Stupid Boy
Home Chinese Virus Who Would Have Thought? 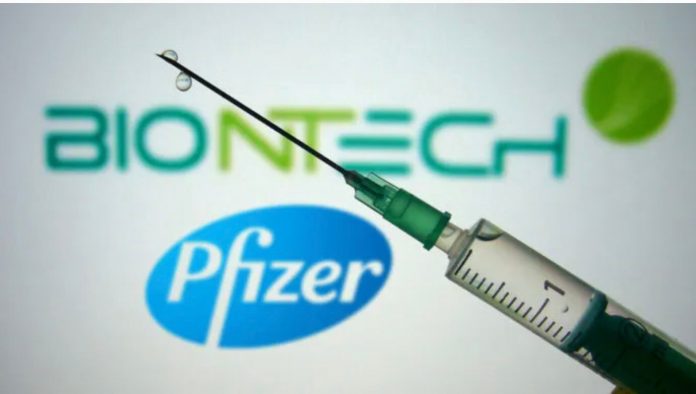 Niamh Harris
Big pharma giant Pfizer has claimed that the immunity provided by its Covid vaccine is already waning and it wants to give people booster jabs six months after they’ve had their second dose.

Pfizer and the German firm BioNTech it partnered with to develop the jab, are reportedly planning to ask American and European regulators to approve a top-up dose within weeks.

Executives from the drug giants have repeatedly said people will likely need a booster shot or third dose within months of getting fully vaccinated.

Meanwhile, scientific trials of its booster jab show it can generate up to 10 times more neutralising antibodies than just two doses, Pfizer and BioNTech say.

But researchers devoted to studying the pandemic have repeatedly warned there is currently no substantial evidence that a third shot is even needed.

Attempting to downplay fears, the US Centers for Disease Control and Prevention (CDC) said yesterday that fully-vaccinated Americans do not need a booster shot yet.

But Pfizer’s CEO Albert Bourla has consistently claimed that he believes people will need a third dose and has even suggested the vaccine will become annual like the flu shot.

It comes as No10 is continuing to plan for a Covid booster programme, with top-ups set to be dished out alongside flu jabs this autumn.

But ministers have yet to commit to the drive, with the final decision based on trials and advice from top experts.

Pfizer did not release the full set of Israeli data, which has sparked the debate about booster vaccines.

However, efficacy estimates have dropped in the Middle Eastern nation over the past few weeks amid the rapid spread of the Indian Delta variant.

Israeli health officials now claim the jab blocks 64 percent of infections, compared to 94 percent in May before the mutant strain took hold. Ministers described the data as ‘disturbing’.

But scientists have attempted to quash any fears about the vaccine efficacy, saying overall the picture was still ‘reassuring’.

The same statistics showed the jab still protects against serious illness, slashing the risk of being hospitalised by 93 percent. For comparison, Israeli news website Ynet reported the figure in May was slightly above the 98 percent mark.

Israel eased its remaining restrictions in early June, relaxing requirements to wear face masks inside and customer caps on cafes, bars and restaurants.

But indoor coverings were reintroduced just 10 days later amid a spike in infections, with 90 per cent of cases blamed on the Indian variant.

Israel recorded 611 new cases yesterday, up from 219 two weeks ago.

Pfizer said this data shows its injection offers less protection against transmission and illness after six months, which is why a third dose is needed.

Pfizer and BioNTech said clinical trials found the third dose, given six months after the second, generated levels of neutralizing antibodies five to 10 times higher than the initial two doses.

What’s more, the companies say they are planning to tweak the booster shot to target the Indian ‘Delta’ variant directly as it continues to spread.

The companies said they plan to publish ‘more definitive data’ soon and submit it for approval to regulators.

Both firms said they believe their booster shot has the potential to offer the ‘highest levels of protection against all variants, including the Indian Delta variant.

However, scientists are ‘remaining vigilant’ and are developing an updated version of the third dose.