Who would have thought this wouldn’t happen with socialists 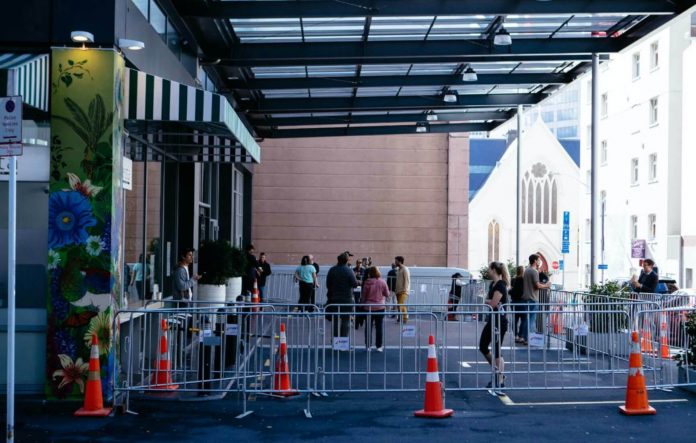 The Government has waived managed isolation fees for nearly all people who have requested special exemptions to the charges, figures show.

The Ministry of Business, Innovation and Employment (MBIE) received 87 applications to waive managed isolation fees since it began charging returning travellers in early August. It approved 85 of them. Most of the applications were made under special circumstances, and five were related to financial hardship.

Kiwis returning to New Zealand are expected to fork out for their own managed isolation costs. More than 43,000 Kiwis abroad have returned home and completed their 14-day stay in managed isolation and quarantine facilities since March, as part of the Government’s efforts against coronavirus.

Fees for returnees heading into Government-approved isolation facilities were first introduced on August 11. Adults are charged a blanket fee of $3100. Additional adults staying in the same room are charged $950 each, while children aged 3 to 17 are charged $475 extra.

But information from the Ministry of Business, Innovation and Employment shows that many of those who have completed exemption applications so far, have had their fees waived.

There were 82 applications for waivers due to special circumstances, and five for financial hardship. Of these, 85 applications were approved and two were declined, he said.

The MBIE website states that applications to waive charges for managed isolation are considered on a case-by-case basis.

Someone needing to travel to or from New Zealand to receive medical treatment, or other compassionate grounds, including when a person has travelled to visit a seriously ill or dying close relative or attend a funeral or tangihanga.

To apply for a fee waiver people must download and fill out the fee and waiver form and any necessary supporting documents.

For those who are entering the country to attend a funeral or tangihanga, a copy of the death certificate, a death notice or a letter from a funeral director is requested.

For those who are entering the country to visit a seriously ill or dying close relative, a letter from a doctor, hospital or hospice is requested to support the application.

On the grounds of financial hardship, people are required to complete a Statement of Financial Position, which is on the waiver form, and also attach any other supporting documents such as bank statements or mortgage documents.

There are also some other exemptions from isolation charges.

New Zealanders who were overseas before August 11 won’t have to pay if they’re staying longer than 90 days.

Temporary visa holders who left New Zealand before March 19 – when the borders shut– and who were residing in New Zealand at that time also don’t have to pay.

Someone in New Zealand who goes into managed isolation to care for a person who is exempt from charges also won’t be charged.

New Zealand citizens who live in the Cook Islands, Niue or Tokelau are also exempt if they’re travelling for medical treatment or transiting through New Zealand after arriving from another country.

Others who are exempt include refugees, deportees, and diplomats, consular staff and their families, and official foreign government representatives. The full list of exemptions can be viewed on the MBIE website.

Charges for staying in managed isolation and quarantine can be paid by direct deposit/internet banking.

People do not have to pay while they are in the managed isolation facility.

KIWIS COULD PAY FOR QUARANTINE COSTS

The Department of Prime Minister and Cabinet paper outlined the operational and financial considerations for the Government when self-isolation at home would no longer be an option for the first 14 days following peoples’ entrance to New Zealand.

Current costs for the border isolation and quarantine facilities are mounting and the Government recently announced it is set to cost $81m by the end of June, with $298 million set aside for the rest of 2020.

But the documents reveal in April, the Government was already considering cost recovery and cost-sharing and approaches for quarantine and self-isolation in managed facilities – including any law changes required.

They also show the Government completely underestimated how many Kiwis would be returning and going into the facilities.

“We propose that until a longer-term border management strategy has been developed, the cost of providing managed isolation and quarantine facilities will be met by the Crown.”

The document says that advice for a longer-term border strategy was to charge people who were seeking to repatriate, after an extended absence.

“The financial requirement is time limited for six months until October 10, 2020 at which point there is expected to be greater clarity around the longer-term border arrangements that are required and whether there is support for cost recovery, including any legislative changes required to enable it.”

Here we see yet again how useless Cindy and co really are. They only really started seriously talking about charging for this, once National stated they would be doing so.

I don’t think they had any intention of charging, so made it easy to get an exemption that very few will be paying. Big noise at the announcement but nothing about how few are actually paying.

Previous articleHave Your Say
Next articleIn case you missed it. How Tarrant did what he did.