You Stupid Boy
Home Human Stupidity Why A Vegan Burger?

Why A Vegan Burger? 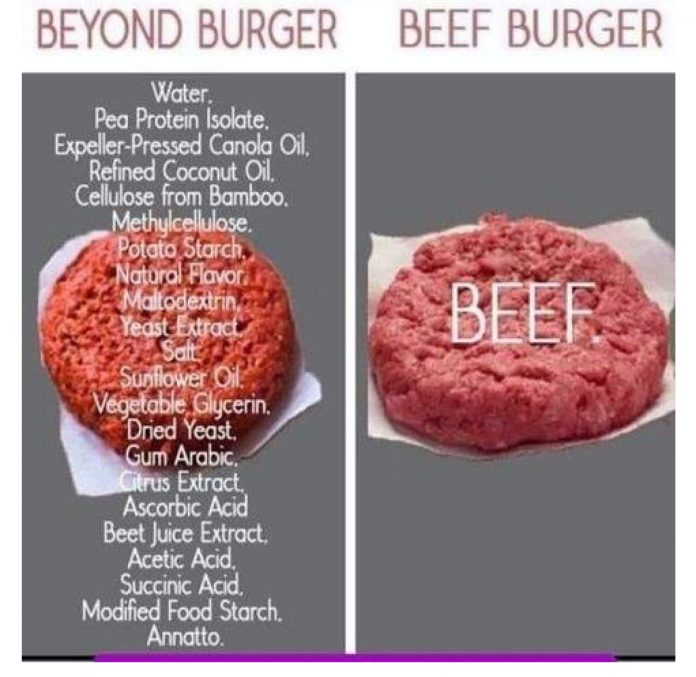 Calling all burger kings (and queens!): Burger King is officially rolling out a vegan-friendly burger to their regular menu.

The chain first debuted a plant-based version of their signature Whopper—sans the beef—using the cult-favorite Impossible Burger meatless patty, according to a report in Forbes, in 59 store locations in the St. Louis, MO, area. Now there are plans to bring it nationwide to 7,000+ locations by the end of the year.

Impossible Foods, the makers of the burger, debuted their first eerily-similar-to-meat patty (it even “bleeds”) in 2016, and the meatless patty is also available at other restaurants including White Castle, Bareburger, and Applebee’s.

The Impossible Whopper is buzzy—but is it healthy?

Sadly, not so much. “While I think it’s great that Burger King is offering a plant-based burger, I’m not sure I would deem the Impossible Whopper ‘healthy,’ says Amanda Baker Lemein, RD and WH advisor.

It’s lower in saturated fat than other BK burgers, but it still contains more than half your daily recommended amount (13 grams per the American Hearst Association), Lemein notes. “Plus, with a long list of processed ingredients and the traditional side item add-ons, this certainly doesn’t fit the bill for the healthiest fast food options.”

Unless it is cooked on a different grill, whats the point?