You Stupid Boy
Home US Politics Why They Don't Get It. They Lost To Trump

Why They Don’t Get It. They Lost To Trump 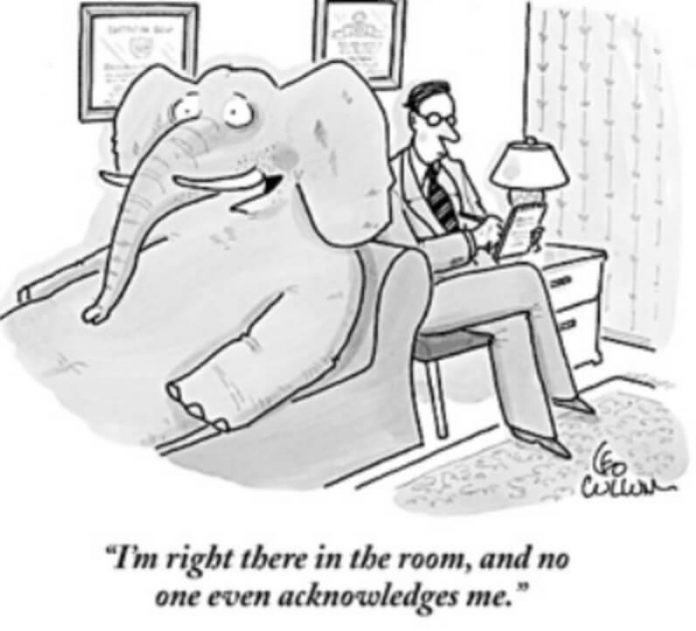 The elephant in the room: A donkey-elephant Frankenstein

Everybody knows the anger is there, in the middle of the room. The question is, what happens when it explodes?

Right now, the Trump haters and the Trump lovers are both angry, but they are angry about different things.

The Trump haters (let’s just call them the left) are angry because the ship of state has begun a hard right turn. All of their patient work, accomplished over past generations, is crashing down around them as the ship abruptly changes course and enters rough seas.

All of this has happened simply because the left lost the 2016 presidential election – something they believed at the time to be impossible! Trump and his army of deplorables were supposed to be humiliated at the polls, ground into the dust by the media, routed from the government and removed from the face of the earth. The left’s agenda was finally to rise from the ashes of the judicially crippled Constitution.

Not that Hillary had enough functional brain cells remaining to accomplish any of this had she been elected. It was Obama’s holdovers who were already in place and could be counted upon to implement a new socialist paradise; in the language of the software world, America 2.0. Big media, entertainment, tech and education would be pleased to help erase any memory of the original America.

The right was used to losing, because even when they won an election the left’s agenda still continued forward – just at a slower pace than when leftists won. Compromise always leaned left. Federal judges were the left’s bulwark against policy corrections to the right, all the way up to a compromised Supreme Court (Scalia and Roberts).

Administrative law ensured that much leftist administratively devised nonsense was never even subject to review by the courts. Between the courts and the embedded bureaucracy, which we now call the Deep State, leftist schemes almost always lived long and prospered. The nation itself under leftist tyranny, not so much. We were a hollow shell of our founders’ dreams for ordinary Americans.

Why is the anger so vitriolic now? First, big media is fanning the flames. It’s the only kind of story that generates mouse clicks anymore. Social media gives both sides an echo chamber; the more trivial a news item is, the more attention it receives and the bigger the boost from social media.

Second, corruption is being taken seriously by William Barr and the Department of Justice, and President Trump. Hunter Biden’s Ukraine gas and oil payments are only a gnat on the butthole of payola the elites have built up for themselves over previous administrations, Democrat and Republican. Remember, Washington, D.C., is one of the richest ZIP codes in the nation. Their business is government. Guess what their “product” is? Guess who pays for their product?

Corruption is the electoral wild card in the 2020 election. The political right is mildly aware of corruption, but clueless as to its scale. The political left is clueless, period. Everything from American foreign aid to “climate change” horror stories (when hasn’t the climate changed?) has been a massive payola scheme the elites manufactured to enrich themselves and their friends, while forcing our nation to pay for it all.

The leftist politicians have manipulated their clueless voters for decades. “Do it for the children” while we run the illegal drugs and human trafficking networks over the porous southern border. Why else their demands for open borders? A woman’s right to choose (to abort her baby) has never been anything other than the abortion industry selling its product, aborted babies, to medical researchers … and worse. Why do you think abortion up to the moment of birth is now on the abortionists’ wish list?

When the facts come out and leftists recognize the magnitude of deception used against them over past several generations to support leftist “causes” the anger is going to explode! Put yourself in their place: everything they have believed in and worked for over generations will be shown to be a lie.

The elephant in the room is really a donkey-elephant Frankenstein monster. Trump correctly identified the big picture and is dismantling the elites’ cash flow and networks. They are trying anything and everything to stop him. I don’t think it can any longer be stopped. What is coming next will put this week’s turkey talk over the dinner table into perspective.