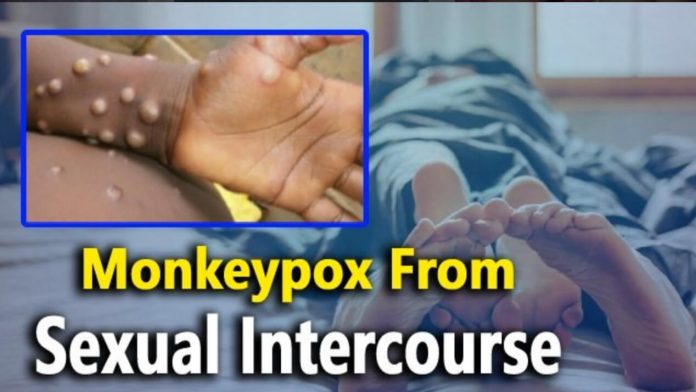 WHO Says This Strain of Monkeypox May Spread Through Sexual Contact

The World Health Organization met on Friday to discuss the recent unexplained outbreak of monkeypox — an infectious disease that causes mild symptoms in most people who contract it. As of Sunday, 92 confirmed cases and 28 suspected cases of monkeypox have been reported from 12 countries. What makes this unusual is that the disease is not typically found outside of Africa.

The WHO is working on the basis of a theory that the disease is being transmitted via sexual contact.

“What seems to be happening now is that it has got into the population as a sexual form, as a genital form, and is being spread as are sexually transmitted infections, which has amplified its transmission around the world,” WHO official David Heymann, an infectious disease specialist, told Reuters.

Heymann said an international committee of experts met via video conference to look at what needed to be studied about the outbreak and communicated to the public, including whether there is any asymptomatic spread, who are at most risk, and the various routes of transmission.

He said the meeting was convened “because of the urgency of the situation”. The committee is not the group that would suggest declaring a public health emergency of international concern, WHO’s highest form of alert, which applies to the COVID-19 pandemic.

Scientists need to be able to track the disease in order to contain it. But monkeypox is showing up in countries that it’s never been in before.

“I’m stunned by this. Every day I wake up and there are more countries infected,” said Oyewale Tomori, a virologist who formerly headed the Nigerian Academy of Science and who sits on several WHO advisory boards.

“This is not the kind of spread we’ve seen in West Africa, so there may be something new happening in the West,” he said.

This new strain appears to be spread via sexual contact between gay men and bisexual men. Naturally, we’re now not supposed to “stigmatize” people because their lifestyle has made them sick. 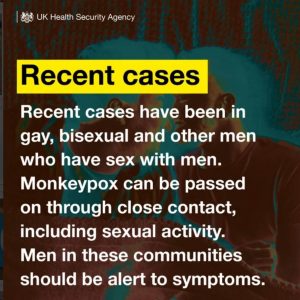 “Stigmatizing groups of people because of a disease is never acceptable. It can be a barrier to ending an outbreak as it may prevent people from seeking care, and lead to undetected spread.”
Indeed!https://t.co/extcfSqoCN

No one has died in this unusual outbreak of monkeypox, which is usually spread via close contact with people in areas where sanitation is lax. So why is Joe Biden wanting to make this an important issue?

The monkeypox outbreak is something “everybody should be concerned about,” U.S. President Joe Biden said on Sunday, adding that U.S. health officials are looking into possible treatments and vaccines.

“We’re working on it hard to figure out what we do,” Biden told reporters at an airbase in South Korea before departing on Air Force One for Japan.

If we’re “following the science,” it sounds like the only people who should be concerned about monkeypox are people who engage in risky sexual behavior.  Any way you dice it, that’s not “everybody.” But you can’t sufficiently scare the population without inferring that all of us are at risk.

Just when we thought we were out, he pulls us back in.

One wonders where Jethro is. Has he stayed behind with the nanny and Neve, or is he flying with Cindy to the US? He had better not get involved with any yank bint/bi while away. Monkeypox is spread by sexual contact, so he needs to be extra careful. Think of the country, Jethro.