You Stupid Boy
Home Freedom of Speech Will They Listen? 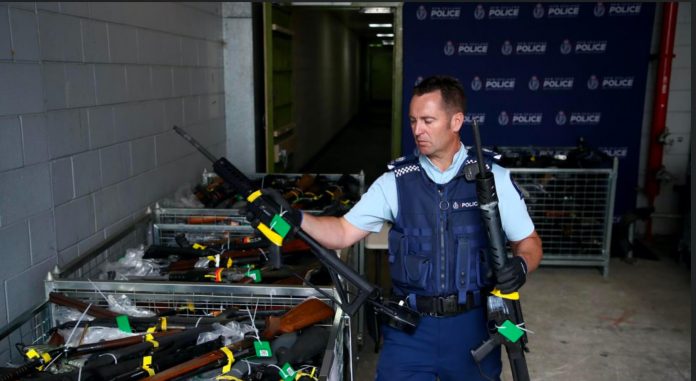 The legislation setting up a firearms register and introducing tougher licensing controls is a step closer to becoming law.

But there are likely to be further changes to the Arms Legislation Bill, with Police Minister Stuart Nash still negotiating with New Zealand First for ongoing support.

In April, a law banning certain weapons and parts passed with near unanimous political support in the wake of the Christchurch mosque attacks that left 51 people dead.

The National Party joined forces with the government back then. However, Parliament is once again divided on the second tranche with the Opposition pulling its support – that means Nash has to rely on New Zealand First to get it through.

At the time, party leader Simon Bridges said the changes appeared to target “good, law-abiding people rather than criminals, gangs or extremists” and went too far.

This legislation would introduce a firearms register, tighter rules for gun dealership licences, and stronger penalties.

Nash told Parliament at the Bill’s second reading last night he had “worked closely and collaboratively” with New Zealand First to “get the best law possible”.

He also laid down the gauntlet to the two parties, National and ACT, which are opposing the legislation.

“I refuse to be the former Minister approached by victims’ families in 20 years’ time and asked why didn’t you change the law, why didn’t you take guns off gangs and bring in tougher penalties for gun cri

“These are the questions that will haunt Simon Bridges and David Seymour instead.”

Nash said for the first time the ‘fit and proper person’ test for a licence explicitly excludes gang members, associates, or members of an organised criminal group.

“Why is the Opposition trying to block this? They like to shoot of their mouth but do nothing about the actual criminal shooters.”

New Zealand First supported the second reading, but still had questions about some aspects of the law change.

It’s pushing for an independent Arms Agency, to leave police free to enforce the law without also having to run the national register.

MP Ron Mark told Parliament New Zealand First would look at further changes “around farmers who have serious problems with pest control…[and] there is a serious conversation to be had around sporting shooters”.

He said he would keep working with Nash as the bill progressed to the next stage, where changes could be made.

National MP Brett Hudson explained why the party was voting against the legislation, telling the House it “does nothing about genuine criminal activity in gangs and does everything about layering cost, administrative burden, and regulation on people that already follow the rules”.

Why Have A Gun?

Why Carry a Gun? Steve Ortner My old Grandpa said to me, 'Son, there comes a time in every man's life when he stops bustin' knuckles...
Read more
Freedom of Speech

Conservatives Must Now Draw A Line In The Sand And Stop The “Great Reset”. By Brandon Smith. With Trump in office, a lot of liberty minded people...
Read more