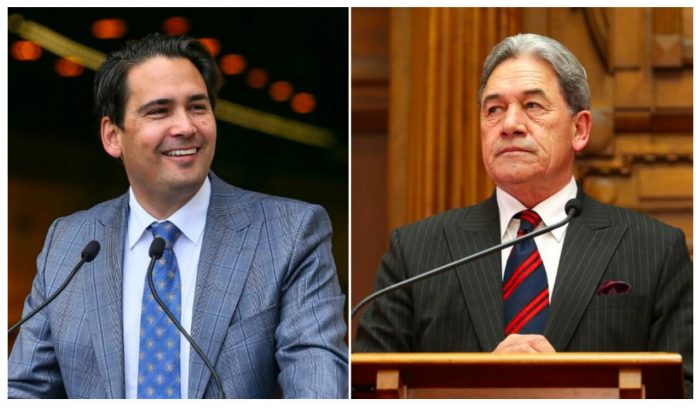 New Zealand First leader Winston Peters is “unfazed” by National Party leader Simon Bridges’ announcement on Sunday, where he ruled the party out as a potential coalition partner after the 2020 General Election.

“Let me say this – he’s got a lot to learn about politics. Narrowing your options can be the worst strategic move you will ever make,” Peters said.

“Having been in politics a long time, and a member of the National Party for over 25 years, the one thing New Zealand First is confident about is that if voters deliver that possibility, and if Mr Bridges doesn’t pick up the phone, someone else within his caucus will do it for him.

“He has also demonstrated he has no insight into what a unified caucus looks like,” Peters said.

“As Douglas McArthur said, there’ll come a time soon when he’ll when want to see me much more than I want to see him.”

i had my doubts as to whether this decision was ever going to be taken by the Nats. Now that they have, and good on them, I am wondering if there is more to this than we are being told. The timing is interesting. Do they know something about the drunken dwarf that the rest of us do not? Like possibly being named once certain suppression orders are lifted?

If this is the case, it’s better to get in first and say you would not work with the toxic prick, rather than after the shit has hit the fan. This way they are being proactive rather than reactive.

Previous articleSSANZ update
Next articleThis is How You Do It Simon