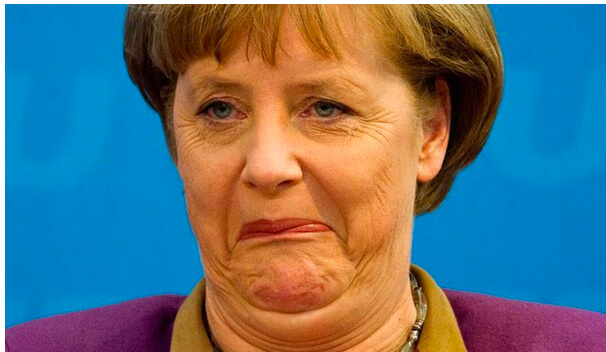 Police ask rejected Muslim asylum seeker if he wants to be deported – he said no, and the cops left

Of course. You don’t want the police to be “Islamophobic,” now, do you?

One day will the history books say that the consequences of the political failure on the asylum refugee question only really became apparent over the years, but by then it was too late – for Germany?

The asylum madness: In cases where it is known that asylum seekers have entered Germany illegally and have already applied for asylum in another EU member state, the asylum application could be granted quickly and negatively due to §16a GG, if it were not for the German bureaucracy, which has been unable to meet the deadline for a deportation according to the Dublin rules for months. The result is the impudence that, with the expiry of the deadline, asylum seekers get to remain in their desired country, with, of course, all pension rights and legal remedies.

An Iraqi who has two feet and can say the word asylum entered the Federal Republic illegally; the person seeking protection had already applied for asylum in another EU country, but he was apparently not in a state of safety (social welfare) so he fled to Germany. And thus begins the curious story of the asylum seeker, accompanied by a bizarre situation, if it weren’t so capricious, you could laugh out loud: police officers asked the Iraqi whether he wanted to be deported.

Welt.de reports in detail on the case of the Iraqi:

“On December 11, 2019, police officers appeared at the asylum seeker’s home and asked him whether he wanted to be deported. He truthfully denied this. Thereupon, the police forces deployed left again. No further measures have been taken against the asylum seeker.”

WESTERN CIVILIZATION is crumbling before our very eyes. Our ancestors would be ashamed of us.