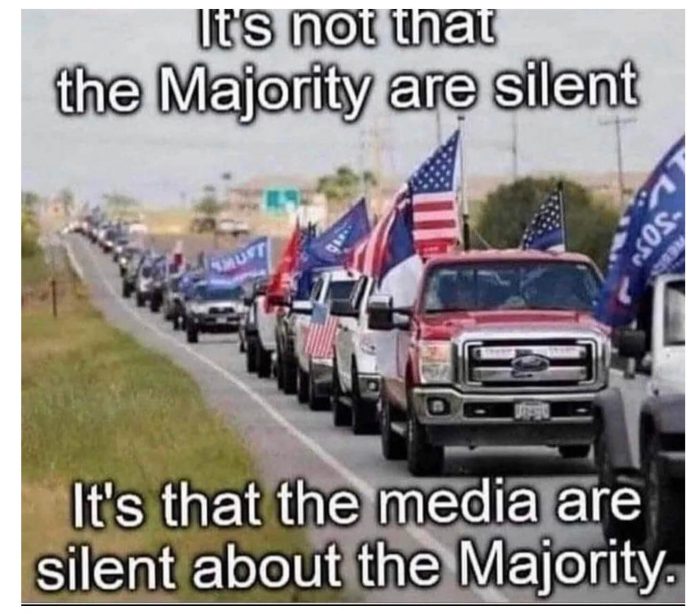 It is anybody’s guess how many protesters from around Australia turned up today at Parliament House Canberra. Some observers are claiming nearly one million.
In media interviews, PM Scott Morrison blamed the states for imposing vaxx mandates and Labor leader Anthony Albanese
told protesters to go home because the government had the best medical advice. It should be noted in four NSW by-elections today Labor and Liberals took most of the first preference votes. God help Australia should Albanese get his motley mob of communists elected in May or the Liberals get re-elected in a majority. 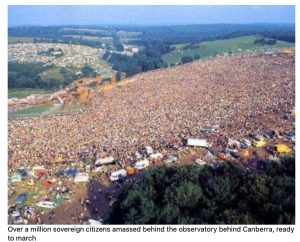 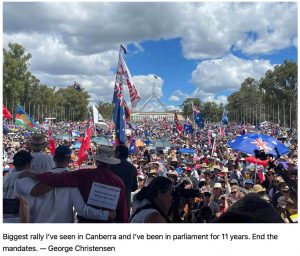 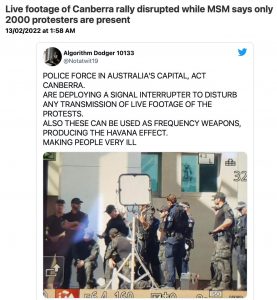 Kiwi ingenuity at its best. 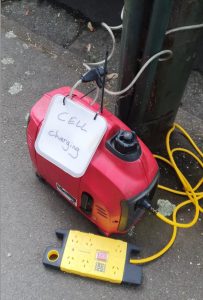 Nothing too exciting it was typical southland cold wet weather but nothing like the wellington crowd are enduring, 60-70 odd people turned up to show their support providing a great atmosphere.

A ton of support from passing vehicles, heaps of cars with banners and flags heeeeeaps of tooting and not one thumbs down or negative comment but a few karen and kens did give frowny faces whilst wearing chin diapers alone in their cars

Previous articleWhat’s Next?
Next articleHave Your Say