World Suicide Prevention Day. Did Cindy say anything on Thursday?

We must have missed this on Thursday.

Where is honesty in the discussion around male suicide?

And enough of the pitiful pretence that throwing money at mental health is going to fix the soaring male suicide rate.

In England and Wales, the male suicide rate has hit a two-decade high.

Figures are heading in the wrong direction, all around the globe.

One of those the statistics provided in the “suicide snapshot” is men account for 97 per cent of suicides involve firearms (although the figure listed above is 98 per cent, which is rather concerning if this is a report supposedly to capture the attention of those in power on the singularly most important date in the mental health calendar).

Certainly, the fact that men choose more lethal methods to end their lives is well known. 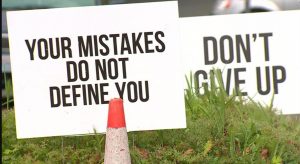 But, where is the focus on causes?

Where are the statistics around the damage of false allegations?

Where are the dads’ charities providing information that would make actual action towards reducing male suicide impossible to ignore any longer?

The report states “81 per cent of suicides [are] linked to relationship separation.”

So, where is the strategy specifically for separating and separated fathers?

Where is the spend specifically on saving those lives?

People are sick of this shallow virtue signalling, throwing money at a problem as if we don’t have any clarity on how to address this issue. 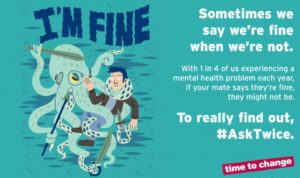 The report says, “Most suicide prevention funding is directed at services that are known to be more effective at reaching more women than men.”

Why has that been allowed to happen – and where are the experts holding the government to account for this bloodbath?

Why the hell is money been given to feminist organisations? Beyond Blue is chaired by Julia Gillard, a professed feminist who handed over some millions of dollars to the Clinton Foundation.

This is sick corruption in plain sight.

Men account for 76 per cent of all suicides. And that’s just suicides that we know of.

The truth is, we don’t know the full count.

Where are the numbers of those who attempted, incomplete and remain injured?

When a vehicle leaves the road, accelerates and hits a tree without any evidence of mechanical failure, that’s counted as a road fatality.

Why can’t emergency services staff attending or coroners rate the possibility of suicide?

Was this person involved in a relationship breakdown? Family Court? A custody dispute? Were they fighting false allegations?

The obvious reason that these figures aren’t released is so that the general public will not ever see the horror; as it would clearly join the dots between Family Court practise, false allegations, feminist doctrine and male suicide.

This is mass misandry.

But please, don’t insult us by releasing a report, which states that one of the ten key differences between male and female suicide is the method chosen rather than clear focus on the cause.

Not only do the national officials and leaders live and thrive on a mountain of dead men, without a clue about how deep it is – we all do.

And World Suicide Prevention Day is no exception.

Don’t pin on a ribbon and pretend that’s enough.

I’m appealing to Scott Morrison, Greg Hunt, Anne Ruston, Ken Wyatt and every single member of our government to recognise the scope of the tragedy, right here and now. And act, for God’s sake.

Replace those names with our politicians and the same result will happen. NOTHING, because they don’t care. Who was it who said she was going to reduce our suicide rates? Oh thats right, CINDY did.