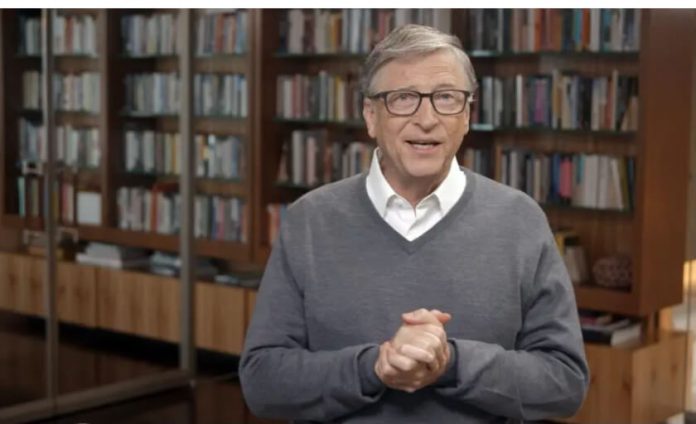 Petitioner has sought prosecution of AstraZeneca’s (Covishield) manufacturer Bill Gates, his partner Adar Poonawalla and other Government officials and leaders involved in the murder of a 23 year old man, who lost his life because of vaccination. The deceased took the Covishield vaccine by believing in the false narrative that the vaccine is completely safe and also owing to the compliance requirement set by the Railways that only double vaccinated people would be allowed to travel.

The Government of India’s AEFI (Adverse Event Following Immunisation) Committee has recently admitted that the death of Dr.SnehalLunawat,was due to side effects of the Covishield vaccine. The said report has exposed the falsity of the claim made by vaccine syndicatethat vaccines are totally safe.

In a case before the American Court regarding the side effects of MR vaccines, the Court accepted the settlement of compensation of 101 Million US Dollars (around Rs. 752 Crores) to the victim.

In another case in America, the CIA, FDA’s office of criminal investigation, recovered around 10.2 Billion US Dollar (around Rs.76,00 crores) from Pharma Company GlaxoSmithKline for various offences including suppression of side effects of the medicines and putting the life of Americans in danger.

The United States further alleges that GSK sponsored dinner programs, lunch programs, spa programs and similar activities to promote the use of Paxil in children and adolescents. GSK paid a speaker to talk to an audience of doctors and paid for the meal or spa treatment for the doctors who attended.

Between 2001 and 2007, GSK failed to include certain safety data about Avandia, a diabetes drug.

The missing information included data regarding certain post-marketing studies, as well as data regarding two studies undertaken in response to European regulators’ concerns about the cardiovascular safety of Avandia. Since 2007, the FDA has added two black box warnings to the Avandia label to alert physicians about the potential increased risk of (1) congestive heart failure, and (2) myocardial infarction (heart attack).

It also includes allegations that GSK paid kickbacks to health care professionals to induce them to promote and prescribe these drugs as well as the drugs Imitrex, Lotronex, Flovent and Valtrex. The United States alleges that this conduct caused false claims to be submitted to federal health care programs.

Constitution Bench of Supreme Court of India in Anita Kushwaha’s case (2016) 8 SCC 509, made it clear that the rights of Indians are no lesser than the people across the world.

In India lakhs of compensation claims are expected to be filed soon.

The judgment in Montgomery’s case [2015] UKSC 11, Airdale NHS Trust Vs. Bland (1993) 1 All ER 821, Common Cause Vs. Union of India (2018) 5 SCC 1 and Registrar General Vs. State of Meghalaya 2021 SCC OnLineMegh 130 and also the Universal Declaration on Bioethics & Human Rights, 2005, makes it clear that before giving vaccine or any treatment to a person, he should be informed about the side effects of the medicine and also about the alternate remedies available.

If any person is vaccinated by suppressing the facts or by telling a lie that the said vaccines are completely safe, amount to the consent being obtained under deception. In India, vaccination under deception or by force/coercion or by putting certain stiflingconditions, is a civil and criminal wrong. [Registrar General Vs. State of Meghalaya 2021 SCC OnLineMegh 130]

Bill Gates and Adar Poonawalla, the partners in manufacturing the Covishield (AstraZeneca) vaccine are made accused for their involvement in conspiracy.

In India, the person allowing the false marketing of his product is also held to be guilty due to his act of commission and omission. In this regard the provisions of Section 120(B), 34, 109 etc. of IPC get attracted to make Bill Gates and Adar Poonawalla guilty of mass murders i.e. Section 302, 115, etc. of IPC.

The prayers in the petition read thus;

“i)C.B.I. be directed to treat this petition as F.I.R. and prosecute the offender as done by Hon’ble Supreme Court in the case of Noida Entrepreneurs Association Vs. Noida (2011) 6 SCC 508 and followed by this Hon’ble Court in the matter between Param Bir Singh v. State of Maharashtra, 2021 SCC OnLineBom 516.

ii)B.I. be further directed to immediately start custodial interrogation of the accused and take use of scientific tests like Lie Detector Test, Brain Mapping Test and Narco Analysis Test to unearth the complete conspiracy and to save the life of Indian Citizen;

iii)Direction to Respondent No. 1 i.e. State of Maharashtra to pay an interim compensation of Rs. 100 crores to the Petitioner forthwith and then to recover it from the guilty officials responsible for death of the Petitioners citizen by their deliberate and unlawful act of commission and omission.”

As per the expert opinion, considering the proofs of sterling nature, Bill Gates and Adar Poonawalla will get death penalty.

The Petitioner also relied upon the criminal antecedents of Bill Gates in killing 8 female children by unauthorized trial of HPV vaccines in India and judgment of Constitution Bench of the Supreme Court in Kalpana Mehta’s Case (2018) 7 SCC 1, which is a strong proof against Bill Gates and his vaccine syndicate.

Petitioner has also referred to the proofs of sinister plan of Bill Gates in polio programme which spoiled the lives of 4.5 lakh children in India as they suffered new type of paralysis. This is also an additional proof of Bill Gates’ pervert and criminal mindset.

As per experts, there is no chance of Bill Gates getting bail in the case and all the movable and immovable properties of the accused will be confiscated soon.

Various social organizations and common people have decided to exercise citizen’s right to arrest the accused as provided under section 43 of Cr.P.C. As per the said section, any citizen can arrest Bill Gates, Adar Poonawalla and other accused and handover them to the police.

Recently in Australia around 10,000 compensation claims are filed against the vaccine injury.

In India, lakhs of cases will be filed soon, as informed by Adv. Ishwarlal Agarwal, the Indian Bar Association’s National Co-ordination Committee Head.