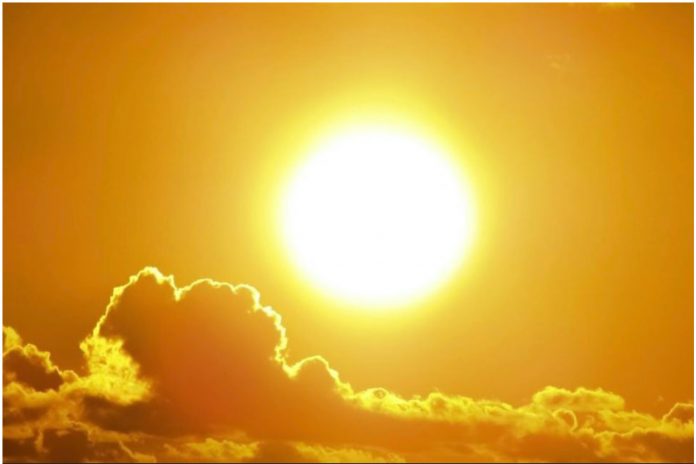 An undersea cable from a planned major solar farm project in the Top End could supply Singapore with sustainable electricity by 2027.

The project has won major project status this week from the federal government, which will help smooth the approval process for the $22 billion Australian ASEAN Power Link using high-volume direct current (HVDC) technology.

The company developing the project, Sun Cable, says it will be the world’s biggest solar farm and visible from space when it is built near the town of Elliott, halfway between Darwin and Alice Springs.

The electricity would flow 750 kilometres to a solar battery in Darwin, then run by submarine cable 4500 kilometres to Singapore, supplying 20 per cent of the city-state’s energy demand, with plans to continue on to Indonesia.

Chief executive David Griffin is visiting the Top End and awarded a tender for undersea survey work to the Guardian Geomatics survey ship, which will produce a map of the undersea topography by May next year.

A final investment decision on the project is still yet to be made and approvals have to be secured.

“It’s really about the recognition that this is an extremely important strategic project for Australia,” he said.

The solar array would feed electricity 750 kilometres to Darwin, where the battery would be built at Middle Arm on Darwin Harbour, stabilising the city’s unreliable power supply.

“In the event of a disaster, a blackout, we can restart the entire system extremely quickly, all the way to making sure that doesn’t happen in the first place,” Mr Griffin said.

But he said a Darwin-based factory building pre-fabricated Maverick solar panels for Sun Cable could also be used to transform remote Indigenous communities that rely on polluting diesel generators for much of their power.

“It’s extremely expensive to be running on diesel, and we can be providing electricity to those communities on a far more cost-effective basis than they are now,” Mr Griffin said.

The company said the project was expected to provide 1500 construction jobs and 12,000 indirect jobs during constriction, with 350 long-term operational jobs spread between the solar farm site at Elliott and Darwin.

Mr Griffin said a previous powerline project proposed from Mount Isa to Darwin in 2005 fell over because of the use of alternating current (AC).

“We’re transmitting in direct current (DC), and that’s one of the key advantages of it, you can actually do it over extremely long distances,” he said.

“You don’t have those losses you suffer under an alternating current transmission system.

“That’s what’s made this project feasible now is the development of the direct current submarine cable technology.”

More than one cable would run to Singapore, each roughly 30 centimetres in diameter.

The main benefit for the NT would come from lower power prices, enabling other power-hungry industries to move north.

“Electricity is such a massive portion of their economic case, that it’s very difficult to do that while electricity prices stay high,” Mr Griffin said.

“We drive down prices. We actually bring new industries into the NT, and it drives economic growth that way.”

Construction is expected to start in late 2023, with solar energy to reach Darwin in 2026 and Singapore the following year.