You Stupid Boy
Home Chinese Virus Would You Be Tempted ? 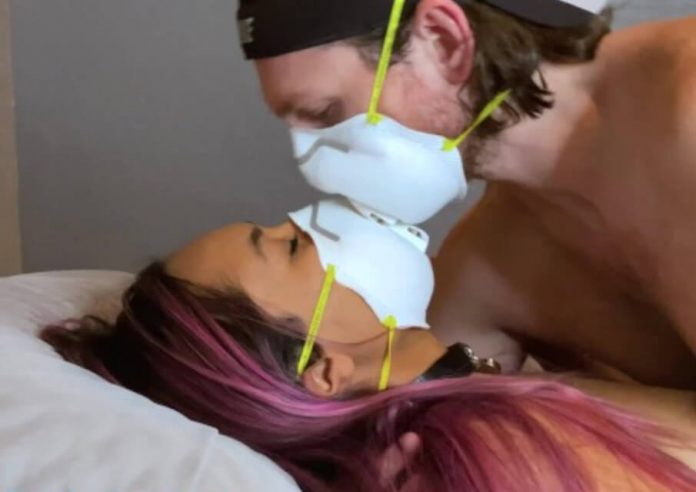 Prisioners in New York are now being offered food, parties and sex if they agree to get a COVID jab.

According to reports, Anthony Annucci, New York’s acting Corrections and Community Supervision Commissioner, expressed concern over the lack of vaccinated felons and has vowed to implement an “incentive program” to boost those numbers.

“To encourage you to do your part in this fight, the Department will implement an incentive program.” Annucci wrote in a memo.

If you’re a fully vaccinated felon in one of New York’s 50 state prisons, you’ll now be entered in a drawing in which you’ll get a care package consisting of “the most popular food items sold at our assigned facility’s commissary, not to exceed a $75 value.”

“In addition, at the conclusion of this vaccination campaign, Central Office will award a facility barbecue to all vaccinated individuals at six facilities … for the highest percentage of individuals vaccinated,” Annucci wrote.

And if food and parties aren’t enough, how about sex?

“In addition to keeping yourself, your family, and your friends safe, one other benefit for getting the vaccine is that when the Department restarts the Family Reunification Program in September, it will be a pre-requisite for any participating incarcerated individual to be fully vaccinated,” Annucci wrote.

Keep in mind that, as the Post noted, the “Family Reunification Program” deals with a specific kind of family reunification, the kind that happens in areas of privacy and typically involves only one’s spouse, usually for two or three days.

Making conjugal visits contingent on vaccination is the ultimate carrot-and-stick for inmates, even though they’re already getting lotteries and barbecue parties.

This kind of petty bribery isn’t specific to prisons, either.

As the Post noted, “Annucci’s memo followed vaccination incentives announced recently by Gov. Andrew Cuomo and (New York City) Mayor Bill de Blasio that include lottery tickets worth as much as $5 million each, college scholarships, MTA MetroCards and railroad passes, and gym memberships.”

One group that conspicuously wasn’t offered a vaccination reward program?

“We feel New York should think about its own essential employees who continue to serve the community and follow the lead of other states who have correctional officer-specific incentives available,”  Mike Powers, president of the state Correctional Officers & Police Benevolent Association, said, according to the Post.

“The brave men and women of NYSCOPBA have sacrificed their personal health and safety throughout this entire pandemic, putting in long hours in adverse conditions.

“They’ve given everything they have to the state of New York, including unfairly having to fight to get their sick time made whole after being forced to quarantine after an exposure. Where is their vaccination incentive program?”

There are two larger issues here: the misplaced priorities from the administration of Democrat Gov. Cuomo, and the message these inducements are sending.

“The Cuomo administration has more important work to do than putting together and expending its resources on care packages and arranging barbecues for state prison inmates,” GOP state Sen. Tom O’Mara said in a statement, the Post reported.

“State prison officials should be prioritizing their efforts on actions to put a stop to the rising tide of violence throughout our prison system and ensure adequate staffing levels.”

Thirty-five of New York’s inmates had died of COVID as of July 1, so we’re not exactly talking nursing homes in the state when it comes to the ravages of COVID. You’d certainly like to see higher vaccination rates inside prisons — but if those numbers are due to skepticism, this isn’t how you inculcate trust.

Lotteries, scholarships, food, gym memberships, even sex-these don’t sell a product that people are hesitant to buy out of concern for their safety. You may think that concern is irrational, but the promise of a potential barbecue shindig isn’t going to change minds. If anything, it arouses more suspicions.

At least we can be thankful that — if just because of logistical concerns — the Biden administration can’t resort to the same conjugal or gustatory inducements when it sends people door-to-door trying to persuade the unvaccinated to get jabbed.

Line up, folks. Get your jab and the sex is on us.

I can just see Cindy announcing this radical new policy to try to get more kiwis to commit suicide.

Previous articleSpot The Difference
Next articleHave Your Say

Life-threatening inflammation is turning COVID-19 into a chronic disease Chris Melore Long COVID continues to be a lingering problem for more and more coronavirus patients in...
Read more
Leftie Stupidity