You Stupid Boy
Home NZ Politics Would you trust either? 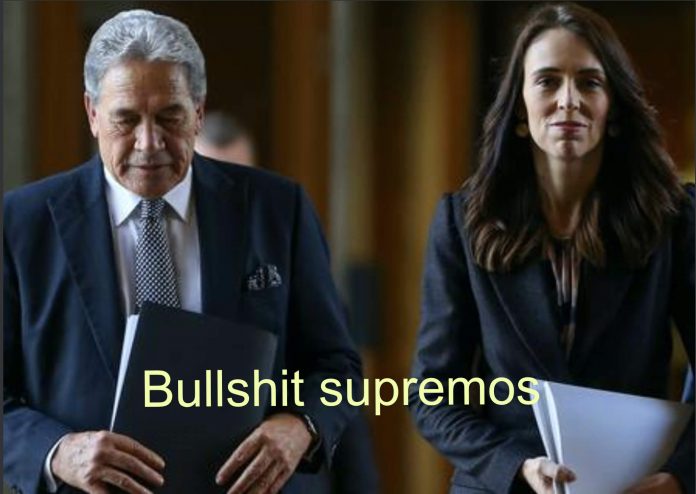 Prime Minister Jacinda Ardern has gone into bat for NZ First leader Winston Peters after a poll found 59 per cent of voters did not trust him.

The 1News Colmar Brunton poll asked voters whether they trusted the leaders of each political party.

But Ardern backed her Deputy Prime Minister, saying she would not have been able to run the coalition Government if she did not have a trusting relationship with him.

“Of course I have to have a trusting relationship in order to work with the Deputy Prime Minister, and both NZ First and the Greens,” Ardern said.

“I could not be Prime Minister in a coalition government if I didn’t have trusting relationships with the leaders I work with, and I believe we’ve achieved a lot.”

Ardern said it was up to voters to draw their own conclusions about Peters.

“I can only speak from my personal experiences and my personal relationships. We all have different perspectives.”

Ardern has said she will not set out pre-election which her preferred governing partners would be if Labour gets back into Government, or whether she would want to try to keep both NZ First and the Green Party on board even if she did not need one to govern.

National Party leader Judith Collins has said the party’s decision to rule out governing with NZ First after the election still stands.

I certainly wouldn’t trust the drunken dwarf. After so many years of continuous bullshit, who would?

I guess with Cindy being a weapons grade bullshitter, she doesn’t notice any else doing the same thing.