You Stupid Boy
Home US Politics You Go Girl ! 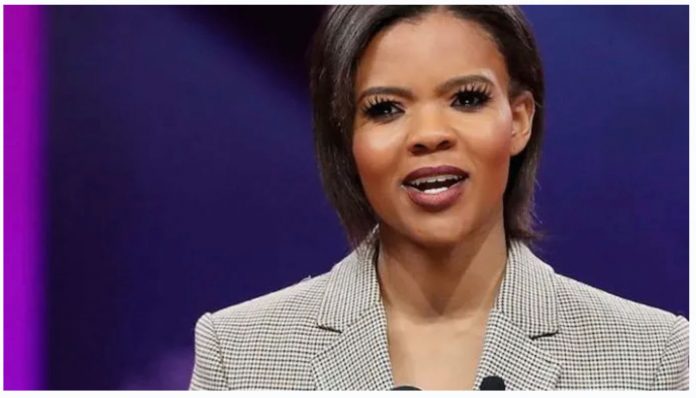 “White liberals hate black conservatives because we don’t see ourselves as oppressed,” according to Candace Owens, who says Democrats are using black Americans to spark a “race war” in an election year.

Candace explained that “Because we view ourselves as their equals” Democrats are unable to control black conservatives. “That’s the issue.“

Candace Owens has urged her African American compatriots to free themselves from the controlling Democrat-aligned media, think for themselves and what is best for the country, and stop rioting and acting “like a trained chimpanzee every single time the media runs a story.“

“That’s how you have to be black? Listen to your psychological conditioning,” Owens said.

“If to be black, you can’t speak in proper English, or you’re “acting white.” Right? To be black, you instantly have to jump up like a ****** trained chimpanzee – excuse my language – like a trained chimpanzee every single time the media runs a story, and act angry, and riot, and talk about how pained you were to see this happen to black people, but keep your mouth shut, right, when it happens black-on-black because if you talk about the black-on-black crime, you’re a race traitor, right?”

Owens also suggested that African Americans can learn from the example set by Scottish people in the 17th century.

“Scottish people were severely behind the English people, just in terms of everything. And David Hume inspired and uplifted and challenged the Scottish people by saying if we want to get ahead, we have to learn English,” Owens said.

“In a matter of years, in a matter of decades, the Scottish people passed the English people in engineering, and in the sciences. And it’s because they challenged themselves to be better, and not to be worse. They didn’t pretend that somehow having a broken language, having broken-down families was a symbol of who we are. And that is so unique to Black America. I won’t subscribe to it. People say that’s how you have to be Black.”