You Will Own Nothing And Be Happy 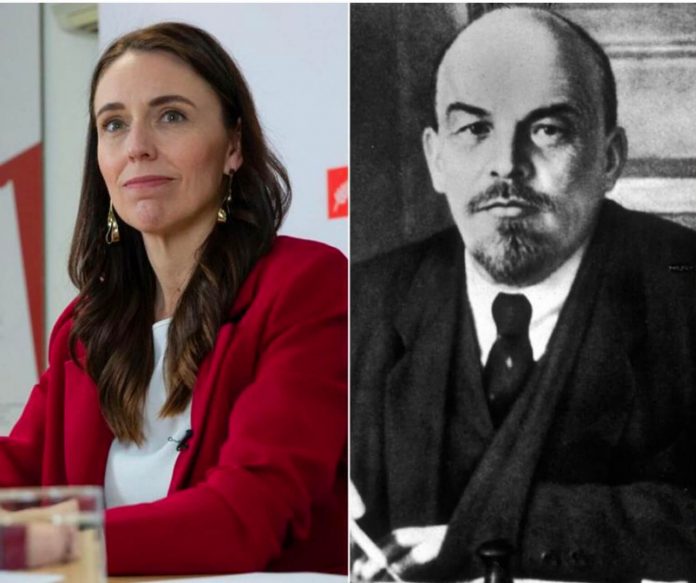 Letter to the Editor Cairns News

If we go into lockdowns again you may not be able to get home. Its true the Drs & Chemists up here (Northland) are on high alert – I checked. Sharing this. Brace Yourselves Remembering Ardern announced at the World Economic Forum she wanted NZ to be the first to fully implement the new order. How much more proof do people need to wake up to this concocted scam. It has to be stopped.

Lockdown already planned for January 2022. The fiat banking system of which everyone uses is going to be collapsed from mid 2022 onward therefore all mortgages will be ended and the NWO digital currency introduced. Titles will be handed over to the State Government and lease agreements will be introduced for the property’s people once owned.

This will bring in the social credit system whereby you have to fully comply or you lose points and the privlage to continue the lease on your property or business. Failing to fully comply means they can simply cut everything off from you by the push of a few buttons leaving you with no access to any money to feed yourself.

This is how they have planned to remove people from there property’s especially the rural areas. Remember Ardern saying the days of dairy farming are over? Well this is what she meant by it. All assets will be owned by the State. Welcome to the first time the western world was ever pushed into Communism and we are the generations that allowed it by not standing up to fight against it. Ardern,

Helen Clark, and all the commies of the party’s must be laughing there heads off at how stupid the people have been to totally get sucked in and comply their way to full Communism and just handed their freedoms away because of the common flu. All is done and dusted in the next few months unless all the people stand up and fight back. Everything you ever worked for is about to be all taken from you. Anyone silly enough not to believe it then tell us all how they took three water assets from us when most councils said no.(because they had already made the sale to multi corporations)

Explain how legislation got put through to remove titles and why they would do so. Explain SNA land grabbing and tell us what can’t be classed as significant area. Explain why a health Minister can now order the destruction of buildings on your property just by saying so. (Covid Response bill) Either rise up now or we might as well just hand over everything we have. Once the banks are collapsed try proving you are the rightful tittle holder. Because unless you hold the original copy with proof you owe nothing on it they will be seizing the titles and only offer a lease agreement back.

That’s if you are taking your 3 monthly booster shots of which will probably be monthly or weekly by then. Refuse and lose, that’s how China control the people by the social credit system. Anyone who applied or applies for a jab passport has entered themselves into the social credit system. Now do we understand why the push to jab everyone including the children? Because they need everyone done to be coded for the new system.

Remember the push for digital ID of all animal stock and how they used a so called deadly disease to encourage all the farmers to enter into it at a cost paid by the farmers and after compliance just what happened to that fatal disease that they had to slaughter whole herds for of which no cows had died only were slaughtered and killed instead because of so called positives. Funny that, because the PCR test also gives close to 100 percent false positives. Sars-Cov-2 which is covid 19 was patented in 2005 and in 2012 recorded in medical journals as the common flu. That’s why we all never died of a deadly virus people. Yet while they had people locked down fearing for their lives they rushed new laws through to remove our freedoms and rights.