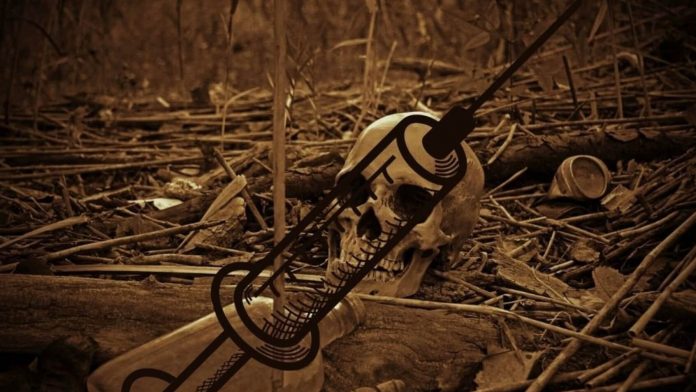 “For God’s sake, people, let’s make our Police and MPs put a stop to this now!”

“The situation is getting out of control,” New Zealand doctors warn: The list of probable deaths due to the Covid “vaccinations” are getting longer and longer; the doctors are talking about a “humanitarian crisis.” First, in an open letter, they denounced the actions of the regulatory authorities. Then, they went directly to the police to finally demand an investigation and an end to the unspeakable suffering caused by the Covid “vaccines.” But the police prefer to ignore such appeals. The damage that has been done is not “significant” enough for them. 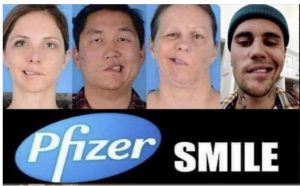 Since the arrival of the gene-therapy injections, New Zealand has pushed to have 90% of its population receive two injections. In December, the country successfully reached its milestone. To achieve its 90% “vaccination” goal, Dr. Monchy explained that every citizen who received the injection was bribed with a voucher of 20 NZD (12 euros). At the same time, doctors have been given 359 NZD (216 euros) per vaccine. 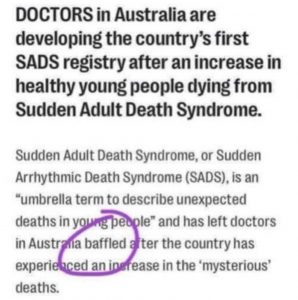 The New Zealand Doctors Speaking Out With Science (NZDSOS) fight against coercion and censorship in the context of Covid vaccinations. In a lengthy open letter, they described the consequences of compulsory vaccination and the suppression of unpleasant facts. The Health Forum NZ People’s Database, run by volunteers, now contains almost 500 deaths with a temporal and presumed causal connection to the Covid vaccination. The group has made part of the list available to the public, with changed names to protect the privacy of the victims. However, the doctors have sent an unedited list to the New Zealand police.

To the NZ Police, who have the actual patient’s names, we say this: It is not enough to hide behind apparently controlled, failed or corrupted government institutions. You are here to defend the public good. Period. You are supposed to know wrong from right; lies from truth.

The doctors are urgently calling for investigations – not least because many reports on the alleged vaccine deaths show connections to the Covid shots should be covered up.

We are alleging death by regulatory failure, as you know. You will see in the summarised death reports (representing a third of over 450 available) that there are some allegations of professionals and Police deviating from the usual processes that should follow a possible death from medical treatment. Of course, the unredacted list we give you is absolutely confidential except as needed for your formal investigations.

However, the group also notes that police have already ignored three open letters from their legal colleagues, New Zealand Lawyers Speaking Out with Science. Police commanders are said to have dismissed the accusations of critical experts because no level of actual damage had yet been reached. But then, what are all the people who suddenly died just days after their Covid shot? Irrelevant? Expendable?

Victims of all ages, from teenagers to seniors, are listed on the group’s website. The majority of people were previously healthy, but some also had previous illnesses and were therefore “in need of the vaccine,” according to the left’s narrative. However, sick people were excluded from the vaccination studies, and consequently, no data on safety are available. The authorities’ ignorance is a slap in the face to the victims’ families while allowing the list of deaths to continue growing unchecked.

“Rumours abound that some families have been paid off to keep quiet after losing a child to the coerced injection program,” stated NZDSOS. The group is in the process of speaking with “parents who would be in the midst of the worst grief imaginable yet might dig deep for the courage to disclose government bribery.”

As reported previously by RAIR Foundation USA, New Zealand doctor René de Monchy has been spotlighting the Globalist forces using Covid to help them seize control of the country. This past December, the brave doctor questioned why doctors and patients receive monetary “vaccine” incentives. Furthermore, Dr. Monchy believes the actual number of people who have died from the vaccines is not reported, and relatives of those killed from the injection are receiving “hush money.”.

Eddie, age 13, Wellington. He died in his sleep several nights after receiving the jab. He died at an event with some of his school buddies. presumably, he is the teen mentioned here by MOH

Joanna. 15-year-old Auckland. A friend’s mum reported the death. Joanna collapsed in her bathroom; her heart had stopped. She died on the way to the hospital or while there.

Julio, age 19, Feb ’22. Known epilepsy but had a seizure and DIED 2 HOURS AFTER 2nd jab. Shouldn’t this be investigated? Unfortunately, all medical conditions were excluded from clinical trials.

Timothy, 33, Paraparaumu. Died of a heart attack at home two days after jab.

Janice, 35, Taupare, healthy, was found dead in the bathroom approx 12 days after the shot.

Aneela, in her 30s, died suddenly during childbirth in Auckland, a week prior had her jab. She was found to have blood clots. Her baby was delivered by cesarean and died at four days.

Rory Nairn, 26, of Dunedin. Died of myocarditis on 17/11. The MOH has acknowledged this as one of 3 vaccine-related deaths up to this point. They implied he delayed seeking medical help.

Piotr, 53, Auckland. He was found dead by his mother sometime shortly after the first dose. Unexplained

Tongan couple, South Auckland, BOTH died mid-March 2021, within 12 hours of each other. 5 children left who have been awarded compensation during teenage years. Names withheld. Lawyers confirm the case.

Louis, age 29, is a keen soccer player. Sudden chest pain, then collapsed and died after practice. Healthy and energetic. Leaves a young family. Joins many dead athletes around the world.

Morty, Karori, age 21. A sudden medical event at home after the first jab.

Hettie, age 50, Pahiatua. Unexpected death March 2022, just after having his 2nd or booster. They had an inherited neuromuscular disorder that was not assessed before roll-out in the brief Pfizer trial. One of your authors has the same condition.

Louisa, 67, Manawatu. She had known heart issues prior, but her cardiologist assured her it would be safe and effective for her as she was scared to be jabbed. Instead, she collapsed the same morning and died in ED later that day.

Anne, 42. Invercargill was fit and healthy. One day she sat up in bed with a head rush. Then ten days after the 2nd jab in February 2022, she died. The autopsy showed no known cause.

Aio, age 16. Schoolgirl from Whangarei. Died in December 2021, 2 weeks after vaccination, of cerebral hemorrhage and blood clots. Some hospital workers privately agreed that the vaccine killed them.

Isabella Alexander, 17 years old, died in September 2021. The cause of death was multiple blood clots. She collapsed in her father’s arms while running. She had been feeling unwell for a week after the 1st vaccination.

The list of examples goes on and on. Read more here.

A Plea for Sanity and Action

“For God’s sake, people, let’s make our Police and MPs put a stop to this now,” exclaims NZDSOS:

From all our research, and according to our personal experiences within our families and social networks, we believe the rates of heart disease from the vaccine are already hundreds of times worse than the government is claiming and, along with other aspects of this ‘pandemic response’, will scar the history and the very hearts of this country for generations.

There is an evolving humanitarian crisis, and the government, Police, the vaccine industry, and most doctors are lost at sea.

Comments from the above report

Sure, safe, effective, and tested with a little proviso.

Austrian graphene Research Scientist/Med. Dr. Andreas Noack was MURDERED after he released his evidence of graphene in the 4 mRNA injections, describing it as ”razor blades in the blood that will kill all who get it”.

Swedish study 2.28.22 demonstrated and confirmed that the mRNA in the Pfizer/BioNTech Covid injections infiltrate cells and transcribes its message onto human DNA within 6 hours, altering our own DNA

Journal of Hepatology. Immune-mediated hepatitis with the Moderna vaccine.. confirmed.

this is horriflying news .people are dying and the powers that be keep smiling. i truely dislike the woman in charge of nz. something has to be done. i know a couple with two children and they might be dead right now. America will never give up our guns. when this article goes viral, who knows maybe we will wake up.

People that took the vaccines deserve what is coming! The kids I fill sorry for because of idiots parents! Everyone knows this is experimental! This is not compulsory to have experimental jab if only people stick together we would not have this problem! 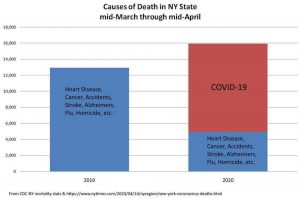 It’s an indictment on our useless MSM that I had to go to an overseas website to find this report. 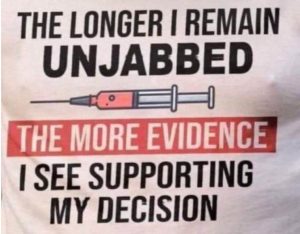 Previous articleHave Your Say
Next articleHope For The Best?