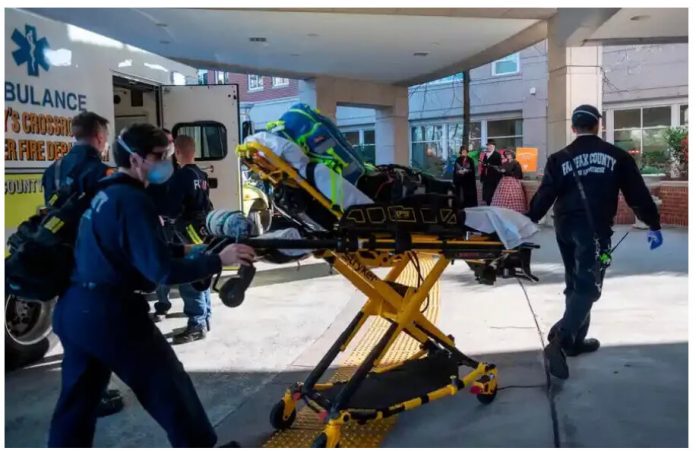 DOCTORS yesterday warned Euro MPs that they will be held personally responsible for harm and death caused by Covid vaccines.

Doctors for Covid Ethics, a group of doctors and scientists from 30 countries, sent letters to all European Parliament members giving notice of liability.

They sent the same letter to Emer Cooke, executive director of the European Medicines Agency.

Their action came as the parliament resumed business with a debate on health and prevention of disease, which will be voted on today.

The notice, served with supporting documentation, read: ‘The rush to vaccinate first and research later has left you in a position whereby Covid-19 vaccination policy is now entirely divorced from the relevant evidence-base. As you consider your next steps in mandating a vaccine that is contra-indicated by science, we draw your attention to recently published Freedom of Information requests, which reveal gross negligence in the Covid vaccine authorisation process, including misleading the Commission on Human Medicines as to whether any independent verification of vaccine trial data had occurred.’

Doctors for Covid Ethics describes itself as an organisation of hundreds of doctors and scientists from all corners of the globe.

‘We have written three letters to the European Medicines Agency, urgently warning of short term and long term dangers from Covid-19 vaccines, including clotting, bleeding and platelet abnormalities. We first began warning of blood-related risks before media reports of clotting led to vaccine suspensions around the world.

In the absence of crucial safety data, we are demanding the immediate withdrawal of all experimental gene-based Covid-19 vaccines.

We oppose vaccine passports, which threaten public health and violate Nuremberg and other protections. We are warning that “health passes” place coercive pressure on citizens to submit to dangerous medical experimentation, in return for freedoms that once were human rights.’